Campaigners call for ‘Space for Cycling’ as local elections approach

Members of Southwark Cyclists took part in a ride through the borough on Saturday to highlight the London-wide Space for Cycling campaign and its local requests for action. 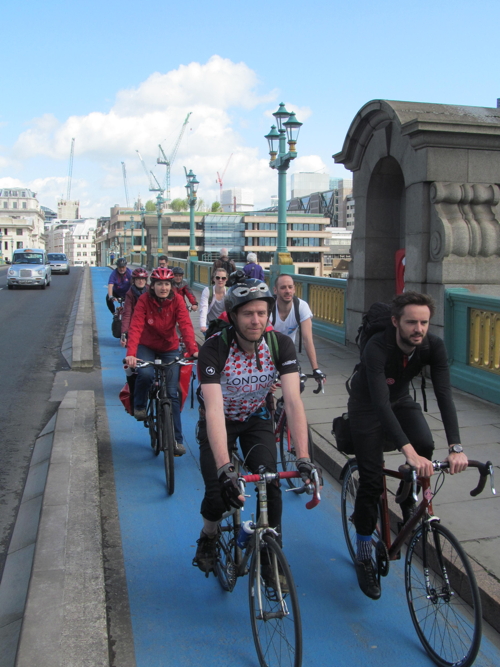 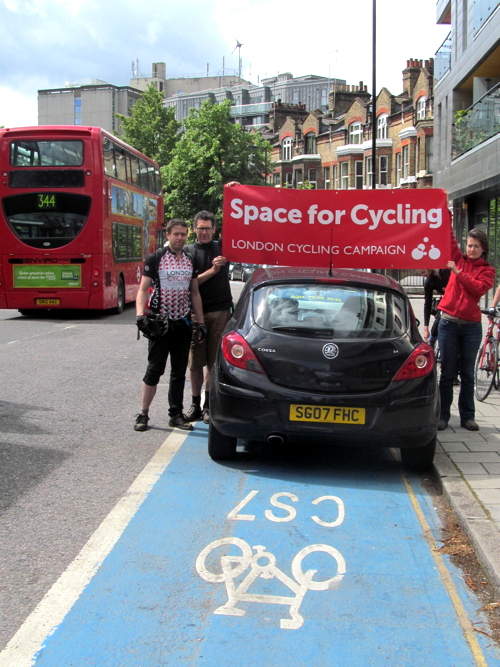 Despite the blue paint and the hype for the Mayor of London's Cycle Superhighways, cars can legally block the lane in Southwark Bridge Road at off-peak times

Across the capital the London Cycling Campaign and its local groups – including as Southwark Cyclists and Lambeth Cyclists – have identified a project that would make cycling more attractive in each of the city's 600+ wards.

These 'ward asks' have been promoted as part of the Space for Cycling campaign and candidates in next week's local elections have been asked to give their support to the suggested measures.

On Saturday members of Southwark Cyclists met in the Square Mile to ride through North Southwark to Burgess Park to draw attention to the campaign.

• Cathedrals Ward: An upgrade of Cycle Superhighway 7 so that cyclists don't have to pull out in front of parked cars during off-peak hours.

• Grange Ward: Close Willow Walk to through motor traffic east of the junction with Crimscott Street

• Riverside Ward: A safe crossing of Tower Bridge Road at the junction with Queen Elizabeth Street

• Bishop's Ward (Lambeth): Measures to limit motor vehicle access to Belvedere Road and Upper Ground, with Waterloo Bridge to be made suitable for cycling by all abilities.

Find out more at www.space4cycling.org – and find out which candidates in your ward have backed the campaign.