250 years on, plaque unveiled near site of first circus

A blue plaque was unveiled in Waterloo's Cornwall Road on Easter Monday to mark the 250th anniversary of the performance widely regarded as the start of the modern circus tradition. 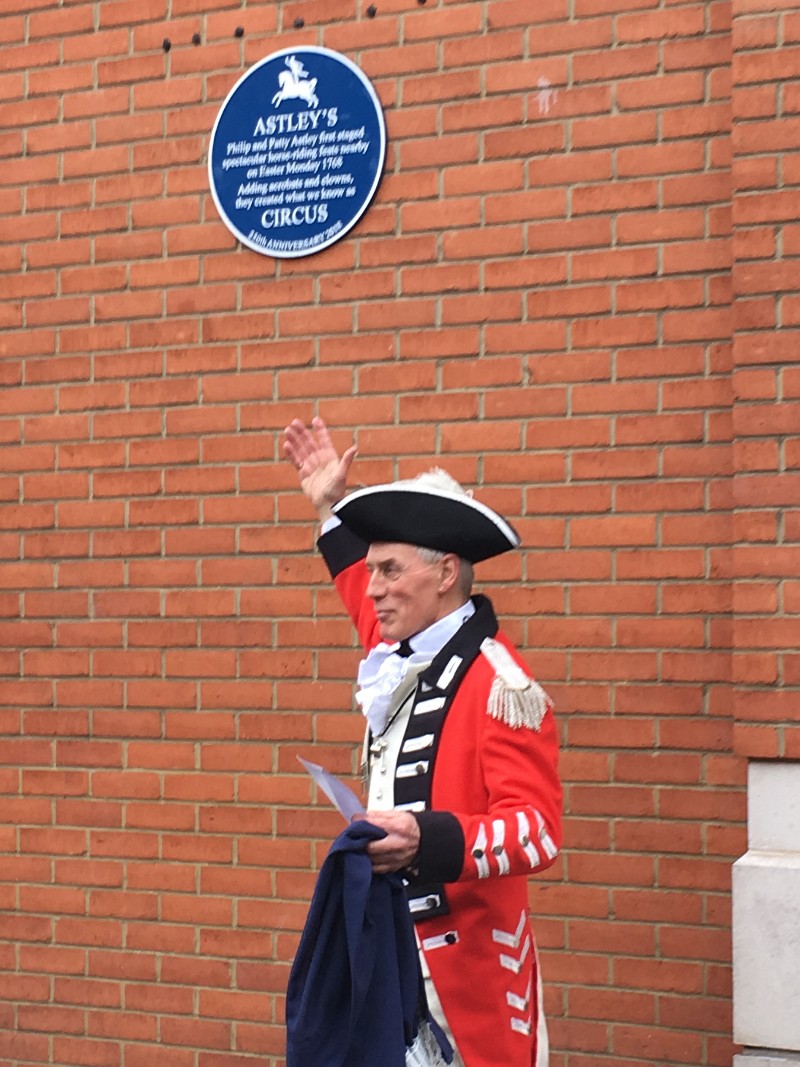 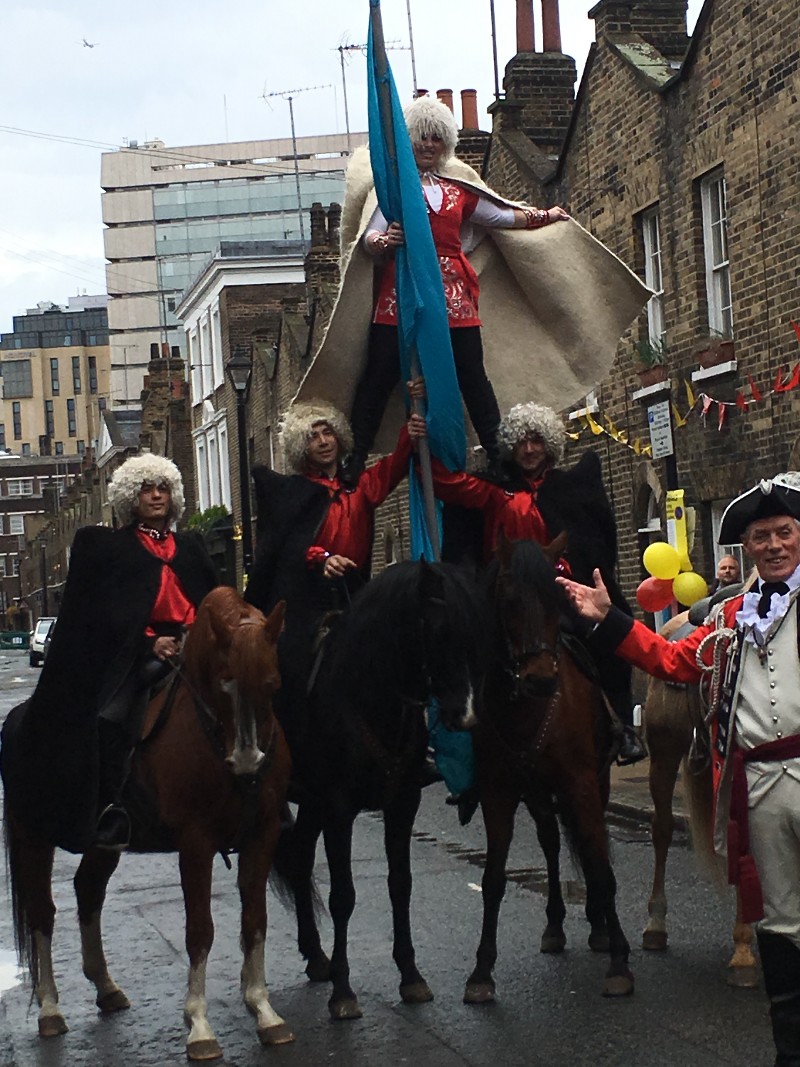 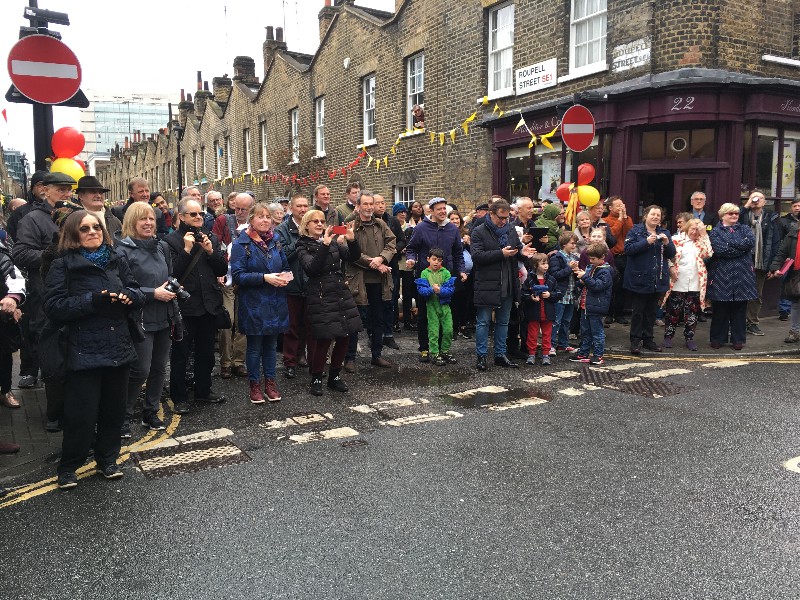 On Easter Monday 1768, Philip and Patty Astley first performed a show on the South Bank which became the foundation of modern circus.

In newspaper adverts, they boasted "upwards of thirty different feats" with former cavalry officer Mr Astley "sword in hand, as in real action" and Mrs Astley "rides two horses with one foot in each saddle, and fires a pistol".

250 years later, on Easter Monday 2018. the Khadikov Riders from Zippo's Circus came to Cornwall Road to recreate some of the Astleys' feats.

It features a horse and rider based on an early picture of Astley's Circus, designed by local branding company Earth.

The plaque has been affixed to the London Underground electrical substation in Cornwall Road and is visible from Roupell Street when walking towards Waterloo.

The same substation already carries a blue plaque on its Exton Street frontage: in 2009 actress Shirley Anne Field unveiled a plaque to mark the 140th anniversary of the opening of Action for Children's first children's home.

Astley referred to his arena as a 'circle'. The term 'circus' was first associated with the art form by Charles Dibdin, who with Charles Hughes opened the Royal Circus in Southwark in 1782.

A year ago the new council flats in the Blackfriars Circus development in Blackfriars Road were given the name 'Dibdin Apartments' in recognition of Charles Dibdin and his son Charles Dibdin the Younger. However, a year later the sign above the door remains misspelled as 'Didbin'.

Last Monday's Cornwall road plaque unveiling was followed by a street party for residents and a performance of a new play by Chris Barltrop, The Astounding Mr Astley, at the Waterloo East Theatre.

• An open-air history exhibition – CIRCUS! – opened this week in Philip Astley's home town of Newcastle-under-Lyme, where this summer the New Vic Theatre will present the premiere of a new play – Astley's Astounding Adventures.

• This week the Underbelly Festival will launch its 10th year on the South Bank with its biggest circus programme ever, including four headline shows from four different countries across four continents.

• For details of Circus 250 events around the country see www.circus250.com