Baylis Road: reprieve for trees due to be felled for bike lane

Plans to chop down three trees outside the Waterloo Action Centre - which were in the way of a proposed cycle lane - have been put on hold by Lambeth Council. 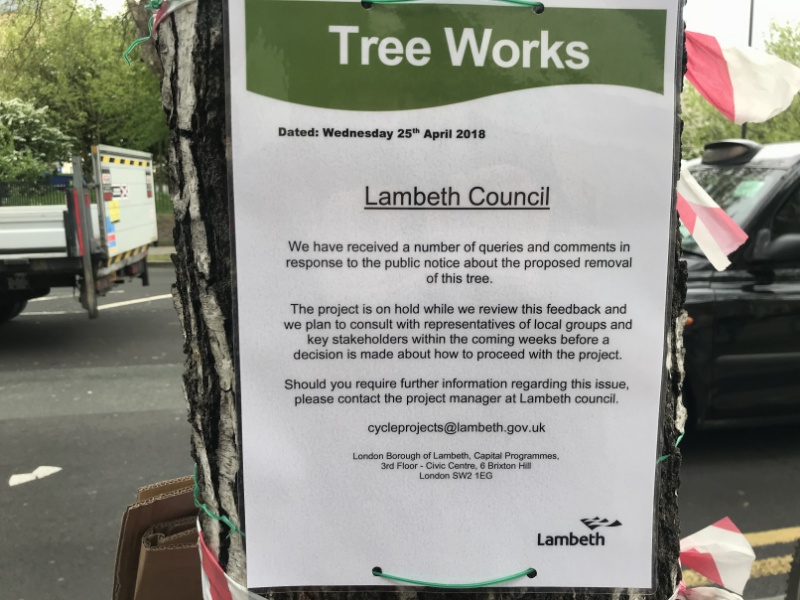 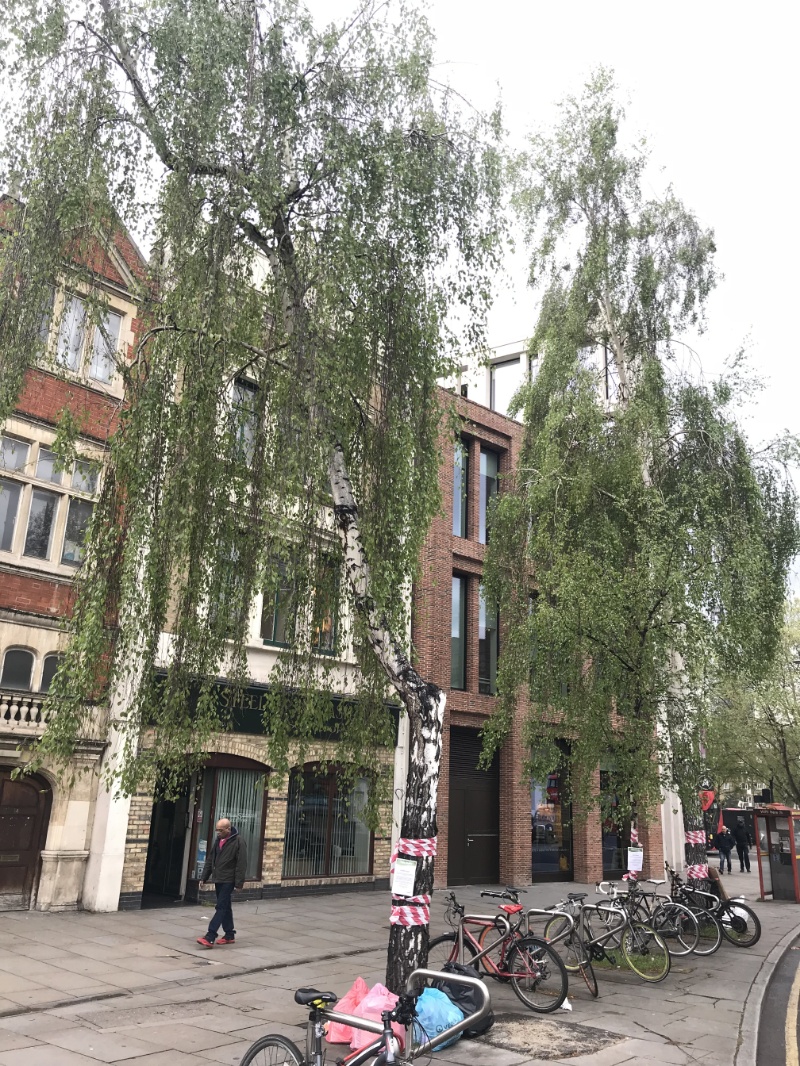 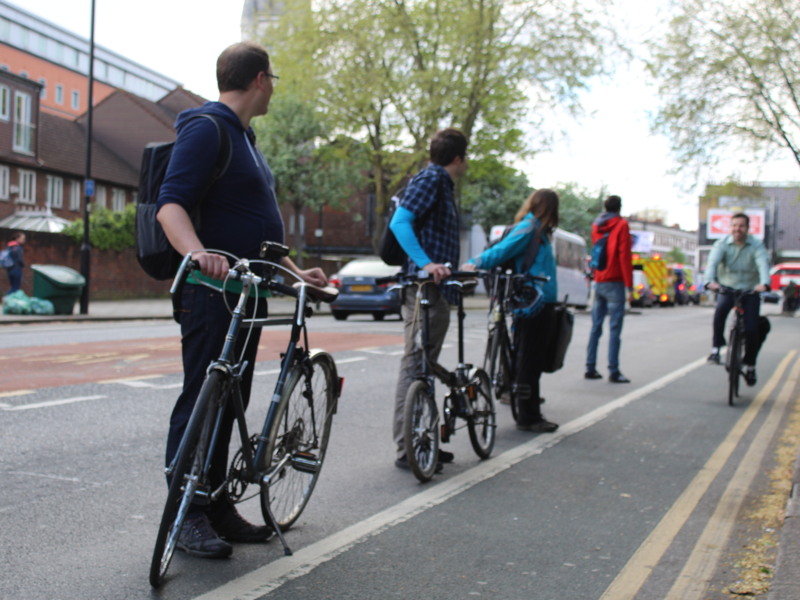 #MakeTheLane in Baylis Road on Wednesday

Earlier this month we reported on Lambeth's plans to fell three silver birch trees near the corner of Baylis Road and Waterloo Road as part of the Transport for London-funded Quietway 5 cycle route.

Now the council has put new notices on the trees saying that "the project is on hold" to allow consultation with "representatives of local groups and key stakeholders".

Last week Cllr Kevin Craig wrote to Lambeth Council leader Lib Peck calling for the felling of the "important and much-loved" trees to be halted pending "much more consideration and reflection and consultation".

On Wednesday morning campaigners from Active Travel Now held a #MakeTheLane event, standing in Baylis Road to create their own segregated bike lane.

Organiser Sean Howes said that the event was intended to "send the council the message that we want space taken from cars for walking and cycling – not trees cut down – and send the Mayor the message that more must be done to enable active travel".

Campaigners fear that Lambeth has watered down the plans for semi-segregated cycle lanes on Baylis Road since the Quietway 5 plans were the subject of public consultation a couple of years ago.