A 20 mph speed limit is to be introduced on all red routes in the Congestion Charge zone by 2020, Mayor of London Sadiq Khan has announced. 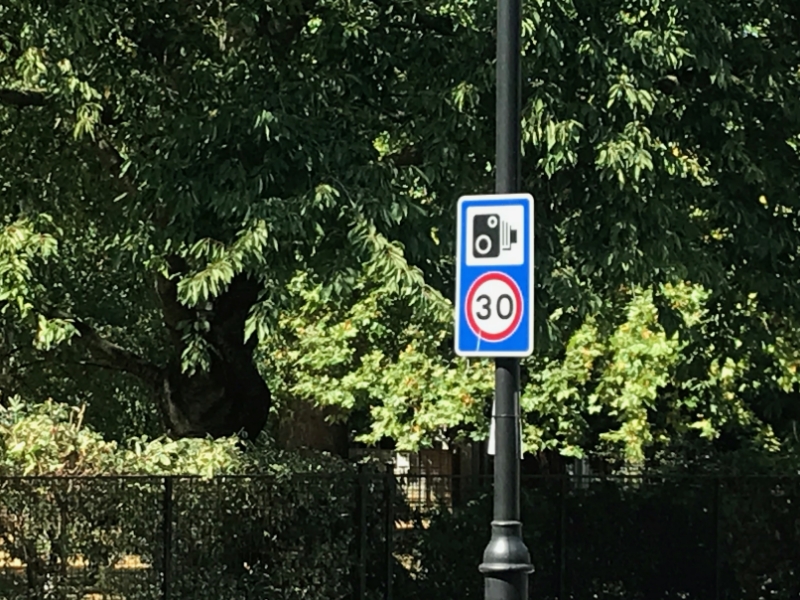 Transport for London has experimented with 20 mph limits on some of the roads it controls in SE1 – including Stamford Street and Southwark Street – but now the speed limit is to be reduced on other red routes including Albert Embankment, Blackfriars Road, Great Dover Street, London Road and St George's Road.

Most roads in SE1 where Southwark Council or Lambeth Council is the highway authority already have a 20 mph speed limit.

The Mayor of London, Sadiq Khan, said: "I don't accept that deaths and serious injuries on London's roads are something we just have to put up with. Every single death or serious injury results in heartache and tragedy for those affected, and their loved ones.

"Our bold and far-reaching plans being announced today are some of most ambitious in the world, and start from the basis that no death or serious injury on London's roads should be treated as acceptable or inevitable. At the heart of our plans is reducing the dangers of speeding vehicles across London, which is why we're proposing a new general speed limit of 20mph on TfL roads within the Congestion Charging Zone – protecting cyclists, pedestrians and all road users in the busiest part of the capital.

"The design of vehicles on London's road is also crucial. That's why we're using the latest safety technologies to transform London's buses and bringing in a world-leading safety standard for lorries, alongside investing record amounts in building new infrastructure to make walking and cycling a safe option in every part of the capital."

Lambeth and Southwark's London Assembly member Florence Eshalomi AM said: "It is appalling that thousands of Londoners are killed or seriously injured on our roads each year. In our community, we have felt the devastating impact of these tragic incidents.

"The Mayor's new Vision Zero approach is a vital intervention to protect the most vulnerable road users and significantly raise the bar for vehicle safety standards.

"Through measures such as enforcing a 20 mph speed limit on a number of TfL roads within the central congestion charge zone and improving dangerous junctions, the Mayor's strategy recognises the simple fact that road deaths and injuries are entirely preventable."

Caroline Pidgeon AM, chair of the London Assembly transport committee, said: "The Transport Committee asked TfL to review all the speed limits on its roads, in our 'Hostile Streets' report.

"We also argued that most people thought 20mph limits weren't enforced and asked the Mayor to carry out a publicity campaign, to make drivers aware of the dangers of driving too fast.

"Although this announcement is a start, the Mayor and TfL need to be more ambitious outside the Congestion Zone, where there is huge untapped potential for more walking and cycling.

"It's these areas where Londoners should be able to enjoy walking and cycling in safety, so it would be remiss to ignore the roads where the greatest benefits are to be gained."