The first sections of the new-look London Bridge Station are beginning to take shape.

Tate Modern has signed an 11-year deal with Hyundai for sponsorship of the art installation programme in the gallery's turbine hall.

C_a_Smew Just used RSPB identifier on bird I saw on the Thames close to Lambeth Bridge 16/1/14. It was a Red-Crested Pochard. on the river with gulls

Radio show about urban and social change in SE1: waterloosightsandsounds.org/radio-show-aboâ€¦ via @ResonanceFM

MPSCathedralSgt Also 2 motorbikes stolen. #JoanStreet and #GreatSuffolkStreet. Seems to be a trend at the moment. Please share with #se1 motorcycle users

Blackfriarswin1 Don't forget this Friday Lunch we are having our Burns Lunch a day early.
Haggis Tattis & Neeps O FLOWER OF SCOTLAND

We're building an Igloo. On top of The Shard. doingsomething.co.uk/date-ideas/eveâ€¦ via @DoingSomething

WarHorseOnStage Tomorrow Joey will be reaching new heights as we celebrate 2000 West End performances. If you're on @southbanklondon at 8am, look up!

SallyPrentice Bought my @LandmarkTrust raffle tickets to restore Belmont, home of Eleanor Coade. Her factory was on site of @southbankcentre 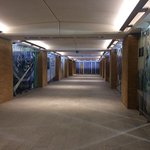 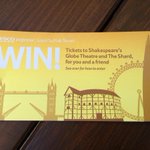 Man who went missing from St Thomas' Hospital last week was found on Friday in Norwich: norfolk.police.uk/newsandevents/â€¦ via @NorfolkPolice

merlinfulcher If you thought County Hall in London couldn't get any worse london-se1.co.uk/news/view/7323

Culture secretary Maria Miller: Tate Modern "has changed this part of London in a way which is quite unbelievable" 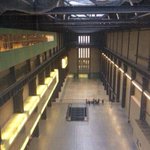 Looking down from the new bridge across Tate Modern turbine hall pic.twitter.com/b9Hx5DzUpB 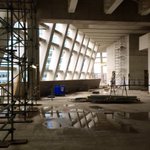 Inside the Tate Modern extension pic.twitter.com/ypofB5fkmR

...to the London SE1 community website. Published since 1998, we aim to provide a one stop shop for all kinds of local news and information.

We also publish a website for Bermondsey and Rotherhithe called SE16.com.

This is your community website, so do get in touch with your comments and ideas.