The first sections of the new-look London Bridge Station are beginning to take shape. 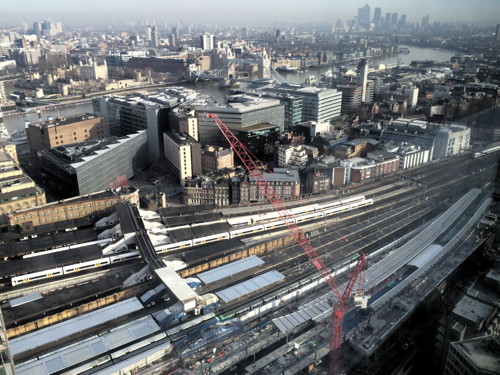 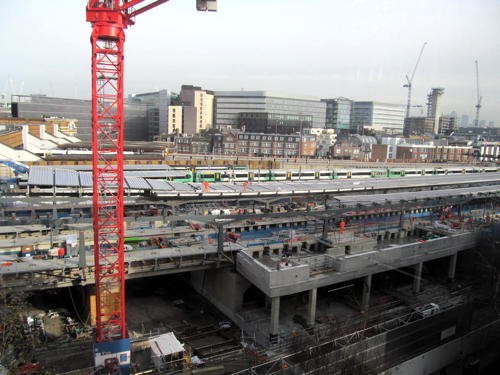 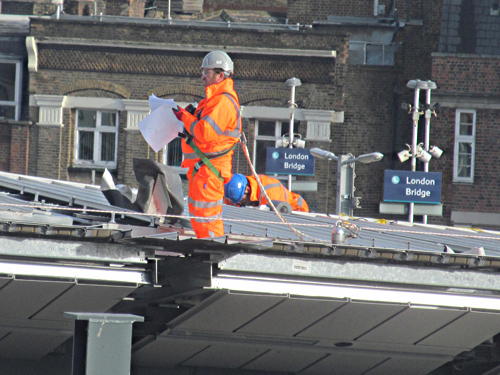 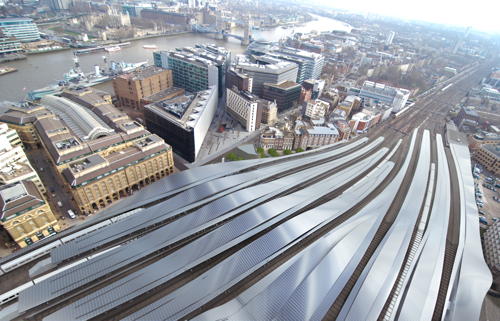 CGI image of the completed London Bridge Station, with canopies running the full 12-car length of each platform

Over the past few weeks the new platforms 13, 14 and 15 of London Bridge Station have been assembled as precast concrete sections and prefabricated steel canopies have been lifted into place.

Passengers have had their first glimpse of the new undulating canopies which will run the full length of each platform.

The rebuilding project began on the St Thomas Street side of the station and will gradually work its way towards Tooley Street.

Before demolition work began the station had nine platforms for terminating trains and six for trains continuing towards Blackfriars, Cannon Street and Charing Cross.

When the new station is completed in 2018 there will be nine platforms for through trains and just six for services which have London Bridge as their destination.

To allow the tracks to be reconfigured, from January 2015 Charing Cross services will not be able to stop at London Bridge until August 2016, and then Cannon Street services won't stop until early 2018.

Train operator Southeastern has now published outline plans for its revised timetable during these works and is inviting comments from passengers before a final decision is made by the Department for Transport.