Gerald Armin, founder of the Waterloo East Theatre, appeared on the BBC's Question Time programme this week to highlight the plight of small independent arts venues like his during the COVID-19 crisis. 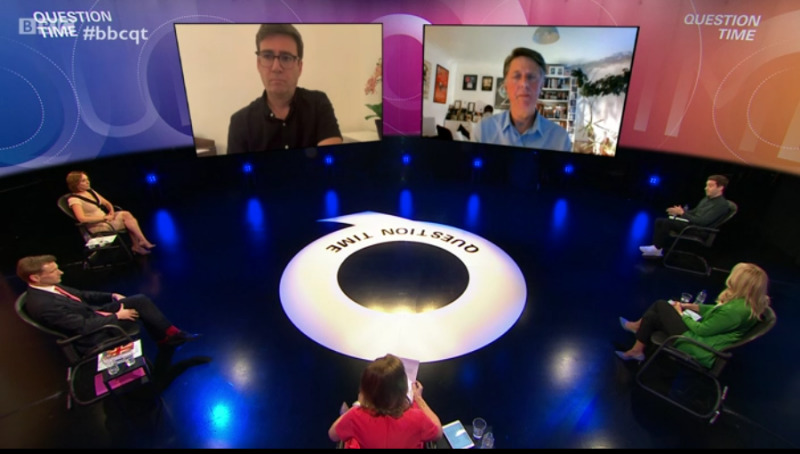 Appearing on the programme via video link, Mr Armin asked the panel: "Theatres were the first to close and will probably be the last to reopen – which is many, many months away – which could also be the closure of many small independent theatres. Do you think the Government should help by bailing us out?"

Playwright James Graham acknowledged that the issues facing the health service and the education sector were rightly at the centre of the national debate, but agreed that the performing arts world faces very tough times.

He said: "We've tried our very best, but it's now apparent that there is no real, viable social distancing model to get audiences safely – and it has to be safe – back into theatres to watch plays and musicals.

Former culture secretary Andy Burnham – now mayor of Greater Manchester – said that arts venues are "the fabric of our cities, the lifeblood of our society" and set out some of the measures taken in his region to support creative organisations.

James Graham underlined that subsidy for the arts pays dividends in terms of tax income: "The money we need to cover the shortfall until we can properly reopen is almost instantly paid back in the annual tax revenue and the VAT.

"In London alone, tourists bring in Ł2 billion of cash every year specifically for London theatre."

Government minister Chris Philp added: "Just yesterday, Oliver Dowden the culture secretary announced the creation of a task force specifically to look into the issues that James and Gerald are raising.

"Clearly the arts sector does have a unique set of circumstances. It is going to be the most difficult to restart for obvious reasons. And this task force launched yesterday is designed to address exactly these issues."