Waterloo's newest theatre opens its doors in four weeks' time. We talk to Gerald Armin, the man behind this ambitious new not-for-profit venture. 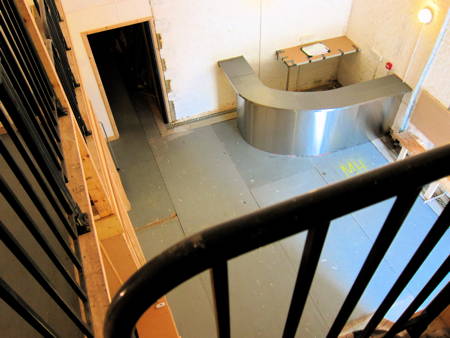 Work in progress at Waterloo East Theatre in May 2010. Photo: Catherine Nicolson 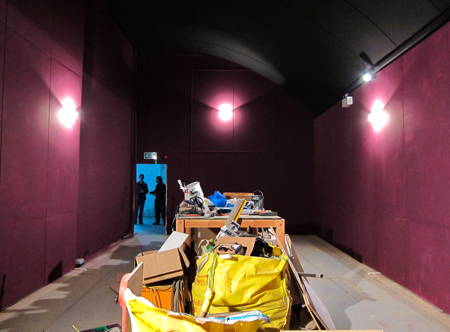 Work in progress at Waterloo East Theatre in May 2010. Photo: Catherine Nicolson

We first reported on the Waterloo East Theatre back in March when work to fit out the railway arch between Brad Street and Wootton Street got under way.

The theatre is directly underneath Waterloo East Station and is situated just off Cornwall Road, about midway between The Old Vic and the National Theatre.

"We have been developing this since March to get it up and running as a theatre," explains artistic director Gerald Armin.

"And it will be a 120-seat theatre, which will have a variety of theatre: cabaret, comedy, music nights, and any sort of other entertainment that we can have here."

Tickets are now on sale for the first four shows at Waterloo East Theatre.

The first full-scale production will be Departure Lounge, the London premiere of a new musical comedy by Dougal Irvine.

In November, to mark the 30th anniversary of Peter Sellers' death, Waterloo East will stage the first revival of Being Sellers for three weeks prior to a New York transfer.

Armin says that even before the theatre received any press coverage, 600 people signed up for the online mailing list on the strength of the 'coming soon' notice on the door.

He says there has been plenty of interest from neighbours: "They have been knocking on the door and wanting to come in and have a look. Which has been great because they're very curious about what's going to be here.

Why Waterloo? Armin stumbled on the space after searcing on Google for information on how to rent a railway arch. Spacia had been marketing the space, which has no natural light, for several years but found no takers.

He reckons that the Waterloo East Theatre is the first new permanent theatre space in central London since the Menier Chocolate Factory.

With a capacity of at least 120, Waterloo East is three times the size of the Union Theatre which occupies a railway arch a little over a quarter of a mile away.

Armin is enthusiastic about Waterloo: "There is a whole new cultural environment happening in Waterloo because of the people who live here. They are very creative and very culturally aware of what's going on in the entertainment world."

Why open a theatre now, with funding for arts projects likely to diminish over the next few years? Armin acknowledges that it may seem strange to embark on such a project in 2010.

"Everyone thinks I'm really mad. They ask, 'Why are you doing it in this current climate?' And I say, 'Why not? What other climate can you do it in?' People still have to be entertained, or they still want a bit of enjoyment. And hopefully, we can offer that enjoyment for a much cheaper price than them going to the West End."

He is confident that the market is there: "That's what's happening in the West End. People are still buying tickets to see shows even though we're in the worst recession ever."

And who is Gerald Armin? "I've been doing performances since I was seven-and-a-half. I've been all over the world travelling," he tells us.

"I've performed in the West End, on television, and films. I sort of started stopped performing around 1990 when I embarked on producing shows, and I've produced very successfully for the past 20 years.

"So I've been a performer, I've been a producer, and now, I'm a theatre owner, which I think was a quite a nice little journey, really."