Kevin Spacey: "I am here for the long haul"

Kevin Spacey has announced ambitious plans for future productions at the Old Vic, though he confirmed that the theatre will remain dark until the autumn. 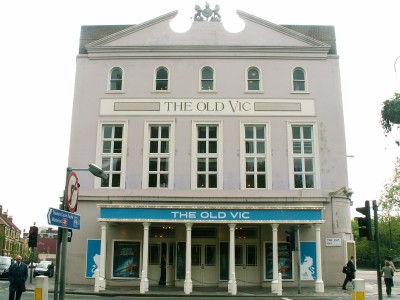 Speaking at a briefing for arts journalists and local media, Kevin Spacey and producer David Liddiment brushed aside recent criticism of the Old Vic regime. Spacey insisted that "it will never matter what anyone says" and pointed to the struggle that his fellow American Sam Wanamaker endured to realise his vision at Shakespeare's Globe. "If you believe in something enough, nothing can dissuade you from doing it."

"I am here for the long haul," he added. "A positive attitude doesn't solve all your problems, but it will probably annoy enough people to make it worth the effort."

Spacey confirmed speculation that the theatre will remain dark until September, admitting that this is "not ideal". "We've learnt our lesson," he told journalists, promising that a similar gap between productions would not happen next summer.

Ł5 tickets for locals to continue

The theatre has confirmed that its 'Community Wednesdays', offering Ł5 tickets to Lambeth and Southwark residents, will continue through the forthcoming season.

Spacey reiterated his determination to encourage more of the theatre's neighbours in Waterloo to venture inside, pointing to the results of a door-to-door survey carried out by the theatre's education officer Steve Winter, which found that 90 per cent of locals had never crossed the threshhold of the theatre.

Spacey's third season as artistic director of the Waterloo theatre kicks off with the previously announced Moon for the Misbegotten by Eugene O'Neill, which will run for three months from September to December.

In January and February 2007 Shakespeare's Taming of the Shrew and Twelfth Night will play in repertory, with the latter opening on twelfth night itself, 6 January. Edward Hall will direct all-male company Propeller.

The third production in the season will be a revial of John Osborne's The Entertainer starring Robert Lindsay as Archie Rice.

Despite the success of Aladdin starring Ian McKellen at Christmas 2004 and 2005, the theatre isn't staging a pantomime this year. Spacey insists that he is still keen to establish a new panto tradition at the theatre, and announced that Stephen Fry is to write a new version of Cinderella for Christmas 2007.

Other projects announced by Spacey and Liddiment for future seasons include Alan Akybourn's The Norman Conquests – three separate plays that recount the events of a single weekend – to be directed by Matthew Warchus.

Trevor Nunn, whose collaboration with Spacey on Richard II at the Old Vic won critical and box office acclaim, has confirmed that he will direct Spacey in another production at the theatre in the fourth season.

Londoners will "celebrate the people of the South Bank"

Another new production has substantial local interest. Provisionally entitled Londoners, Di Trevis and Frank McGuinness have collaborated on a new work based on Henry Mayhew's London Labour and the London Poor.

Spacey explains that the "rousing and revelatory story" is "very much set in the Old Vic" and "celebrates the people of the South Bank", evoking the venue's melodrama and music hall heritage.

As part of the Old Vic New Voices programme the theatre has commissioned a new work by SE1-based playwright Samuel Adamson, whose locally-set Southwark Fair is currently playing at the National.