Nick Stanton, leader of Southwark Council, has announced that the Lib Dem-led executive will oppose Government moves to grant extra powers to the Mayor of London. 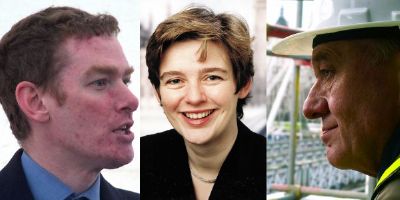 "The best knowledge about local communities comes from the people who actually live and work there," says Cllr Nick Stanton, Liberal Democrat leader of Southwark Council. "Centralising power in the hands of a mayor at City Hall is taking power away from communities rather the devolving it to them."

"A single Mayor of London cannot possibly know every community in enough detail to make the right decisions. These debates should be held at borough or community council level."

"For example, giving the Mayor additional powers in the area of planning would probably have meant the approval of the development by Berkeley Homes at Potters Fields or the Downtown development. Both of these fly in the face of public opinion and are being strongly opposed by the council."

"That is not to say we oppose having stronger powers for the Mayor. There are currently many decisions which are taken in Whitehall or by the Government Office for London which ought to be devolved to the Mayor."

"We are pleased that we have the strong support of our Conservative colleagues in the executive to oppose the Government's plans to centralise decision making powers. Together, we will be bringing a motion to the next meeting of the Council Assembly and we hope to secure the ringing endorsement of all sides to oppose these ludicrous power grabbing plans."

Announcing the proposals to grant extra powers to the Mayor in July, communities secretary Ruth Kelly said: Ruth Kelly said: "This government gave London back its governance in 2000 by creating a directly elected mayor for the city. And it has worked. Not everyone would agree with every decision made by the Mayor but it has given clear, accountable leadership that has enhanced our democracy and brought decision-making closer to the people of London."

She added: "We are devolving powers from Whitehall to London wherever feasible. But in some specific cases, such as planning, we are strengthening the Mayor's powers in relation the boroughs where we believe a more strategic approach will deliver better co-ordination and delivery of services."

Ken Livingstone welcomed the Government's proposals: "We have demonstrated – through neighbourhood policing, the success of congestion charging and the transformation of the buses – that city-wide London government works and that Londoners are directly benefiting.

"The additional powers granted to the office of Mayor will enable us to tackle head-on the problems London faces – skills provision according to the capital's needs in the run-up to the Olympics and planning and housing powers which will help promote our city's global economic status and also deliver the vital affordable homes that Londoners need."