Marks & Spencer has opened a new Simply Food store on the concourse at London Bridge station. 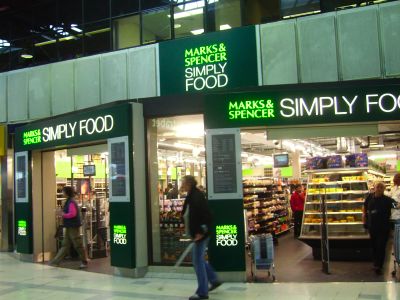 To celebrate the store's opening on Thursday staff were giving out thousands of samples of refreshing juices to commuters.

The new store is set to create more than 50 new jobs and is located on the upper concourse in the mainline station replacing the former Upper Crust baguette shop.

Designed primarily with commuters in mind, the store is likely to appeal to locals too. The range includes ready meals, snacks, salads, flowers, wines and chocolates.

The new store is operated by SSP UK Rail. Over the past three years the company has opened 23 Simply Food stores at railway stations across the country as part of an agreement with Marks & Spencer.

The London Bridge store will be open Monday-Saturday 7am-midnight and Sunday 8am-10pm.