Siberian husky sledding was the star attraction at this year's Bankside Frost Fair. The fair opened on Friday with a guest appearance by explorer Benedict Allen. 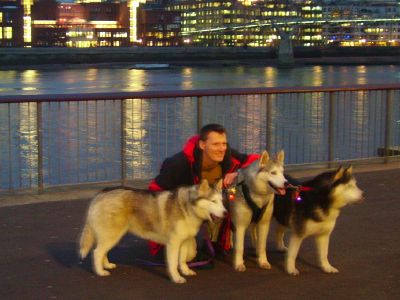 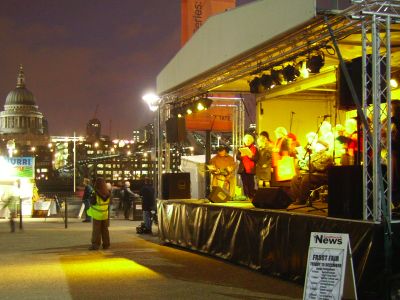 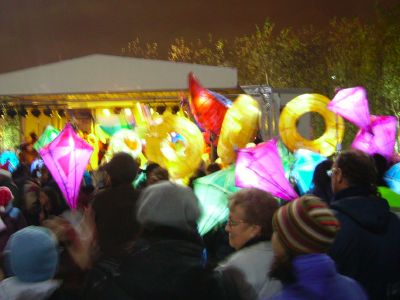 The Twelve Days of Christmas lantern parade by Southwark schools 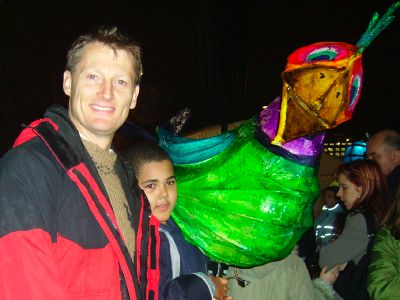 Benedict Allen with one of the participants in the lantern parade 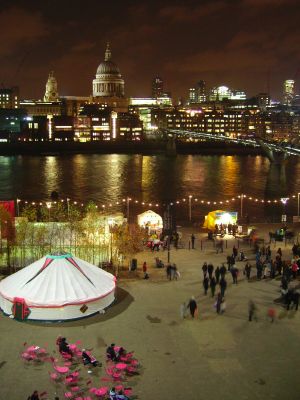 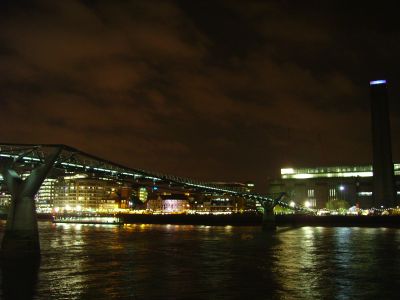 The Frost Fair was opened by the Mayor of Southwark, Cllr Paul Kyriacou, who welcomed hundreds of children from twelve Southwark schools who took part in a lantern parade along the riverside from Southwark Cathedral.

The Mayor introduced explorer Benedict Allen, who arrived at the stage pulled by Siberian huskies. The adventurer regaled the audience with tales of his travels.

Free husky sledding rides are available for children under 12 and visitors of any age have the chance to have their photo taken hugging a husky.

Southwark Council has organised a Frost Fair on the riverside outside Tate Modern each December since 2003, reviving a tradition that dates back to 1564 when the Thames froze over during the winter months allowing a market to be held on the ice.

As well as the free events outside, Shakespeare's Globe is hosting its own winter market with performances of a seasonal version of George and the Dragon by the Lions part.