Southwark's Tourist Information Centre at Tate Modern has closed as the council seeks to trim its spending by £60,000. 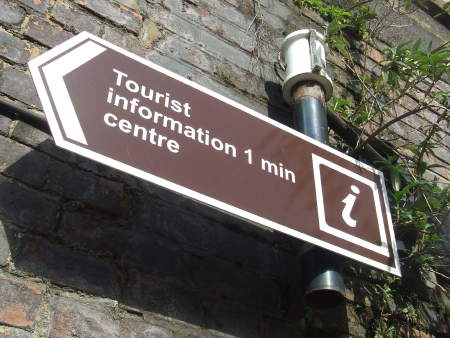 The new financial year starts with one of Europe's most popular tourist destinations offering no assistance to visitors wishing explore further in Southwark.

In 1999 a purpose-built Southwark Information Centre at the end of London Bridge was officially opened by tourism minister Janet Anderson. The glass building on two levels included a bookshop, local history artefacts and a wide range of free literature.

In 2002 this centre was suddenly closed by the council on the grounds that most visitors were entering Southwark by way of the Millennium Bridge rather than London Bridge. The building is now one of Evans Cycles' most successful branches.

The following year Southwark Heritage Association's own information and heritage centre in Hay's Galleria closed after the council failed to offer adequate funding.

In 2004 the London Development Agency came to the rescue by funding Southwark's TIC inside Vinopolis and veteran BBC reporter Kate Adie was invited to open the space during a lavish reception.

At the time Cllr Catherine Bowman, then Southwark Council's executive member for regeneration, said: "We wanted a tourism information centre that people felt inspired by and that would set the standard for the kind of attractions visitors to Southwark could expect to enjoy. There is no doubt that we have achieved our goal."

Within two years the staffing of the award-winning TIC was reduced and a skeleton operation relocated to a shared information desk at Tate Modern.

"We have to ask 'Are we really in the tourism business as a council?'," council leader Nick Stanton told this website in February.

The plans for Tate Modern's extension include provision for a permanent tourist information centre, but the council is now unlikely to be able to fund its running costs.

As part of the same round of budget cuts the council has withdrawn its Ł100,000 funding from the annual Bankside Frost Fair, leaving the future of the annual December event in doubt.

The abandonment of a tourist information service on Bankside comes just months after the Corporation of London opened its new information centre at the north end of the Millennium Bridge to encourage tourists to visit lesser known attractions within the Square Mile.

Meanwhile Southwark's tourism website still features an event that took place in January 2006 as its pick of the month.