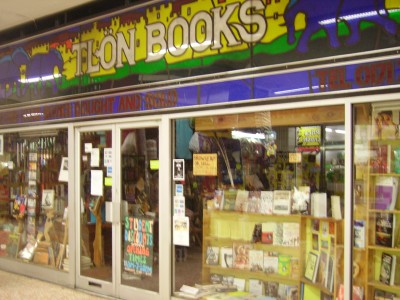 The shop, which claimed to be "the world's best second-hand bookshop", has been repossessed. The locks have been changed and an official notice placed on the door.

However, Tlon's owner Marek Siemaszko says that he has plans to reopen and relaunch the business on the same site.

Last July, with trade having fallen by 50 per cent over five years, he announced his intention to shut the shop at the end of the summer. He claims that customer pressure caused him to postpone this plan.

Last month he decided to relaunch with an emphasis on academic books.

Tlon once had a branch at London South Bank University and this year he had hoped to concentrate on the staff and student population from both LSBU and the London College of Communication. The new policy would involve keener prices and a redesign of the website.

Tlon is expecting any negotiation with the landlords to take place next week. However the shopping centre management office is unaware of any plans to reopen the bookshop.