Magazine publisher IPC Media has completed its move from King's Reach Tower on Stamford Street to the Blue Fin Building on Southwark Street. 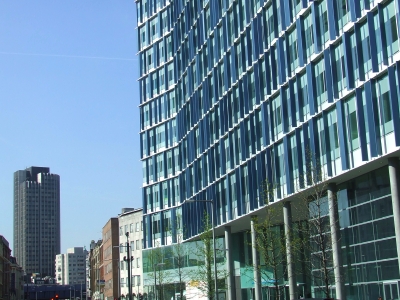 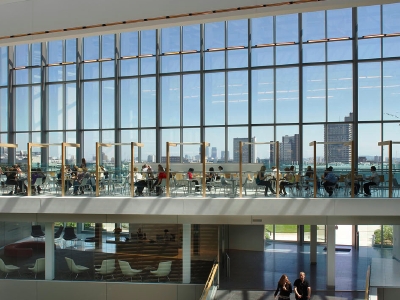 Inside the Blue Fin Building

Since Easter IPC has carried out a phased relocation of 2,000 staff from its old HQ at King's Reach Tower on nearby Stamford Street.

New retail outlets on the ground floor of the Blue Fin Building include a branch of Clink Street's popular Amano cafe, Starbucks and a gym being developed by Playgate which operates three health clubs in the City of London.

The Blue Fin Building is part of Land Securities Bankside 123 development on the site of the former Government building known as St Christopher House.

"The Blue Fin Building provides a high quality environment fitting for the modern media company IPC is today. This move opens up a whole new neighbourhood to our company, and in return I hope that IPC Media and the Blue Fin Building will be a beneficial addition to Southwark."

IPC is part of the multinational Time Warner group so Time and Fortune magazines also have their London offices at the Blue Fin Building.