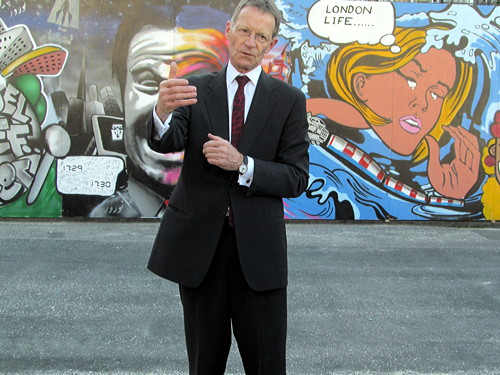 Sir Nicholas Serota, director of Tate, becomes a companion of honour in recognition of his role in the contemporary art world.

A CBE is also bestowed on Nick Starr, executive director of the National Theatre. Earlier this year he announced that he would leave the NT during 2014.

The same honour is accorded to designer Thomas Heatherwick. His proposal for a 'garden bridge' across the Thames from the South Bank to Victoria Embankment was revealed this week.

Entrepreneur Jillian Maclean, founder of the Drake & Morgan group of bars, receives the MBE for services to the hospitality industry. Her first venue was The Refinery at the Blue Fin Building in Southwark Street.

She has also served as chair of the Tate Modern Council and in a number of other roles at Tate.

Earlier this year the Woolfson Foundation, which is chaired by Dame Janet, announced a £5 million gift to the Tate Modern extension project.

The foundation has also supported renovations at the Royal Festival Hall and Southwark Cathedral.