Land Securities has agreed to sell the RBS-occupied Bankside 2 & 3 office buildings, and its retail holdings in the Blue Fin Building, to M&G Real Estate for £315 million. 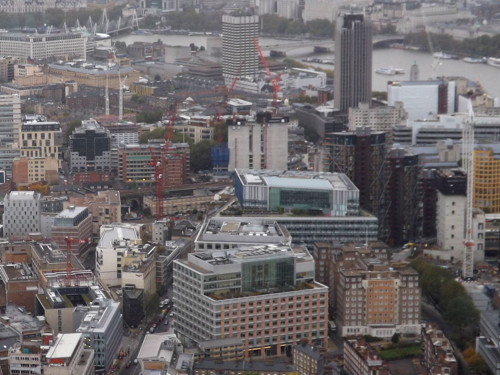 The award-winning Allies and Morrison-designed trio of office buildings was originally known as Bankside 123.

The Bankside 1 block became known as the Blue Fin Building when it was sold to IPC Media and a connecting bridge was built between Bankside 2 and Bankside 3 when RBS took a lease on those buildings.

The M&G deal includes the retail space on the ground floor of the Blue Fin Building which was leased back to Land Securities by IPC Media so that the whole estate could be managed as Bankside Mix.

"With our expertise and passion for place-making, Land Securities' Bankside development in 2007 provided the catalyst for the transformation of this part of the south bank," said Scott Parsons, head of London property at Land Securities.

"Bankside has produced strong, double-digit returns for us since we started on site in 2003, and selling it now fits our strategy of recycling capital to re-invest in other transformational opportunities within the group's development pipeline."