Developers Land Securities have sold their 20 Blackfriars Road site. The new owners says that they will press ahead with plans for 42-storey and 23-storey towers. 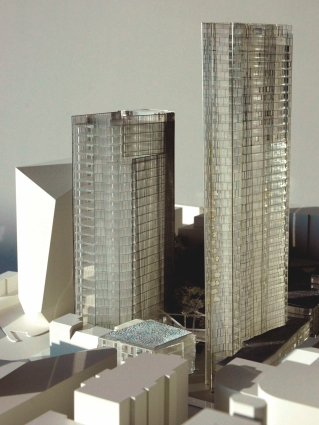 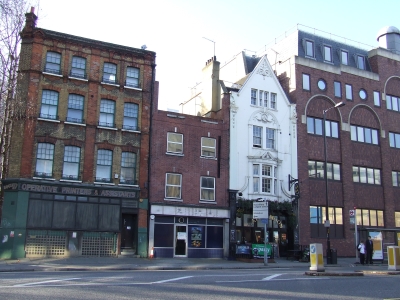 Land Securities bought most of the site from Sainsbury's in 2003 for £38 million and aquired the remainder in smaller transactions. Property Week reports the resale price of the entire site as £90 million.

New owners Circleplane (sole shareholder David Hackmey) say that they will continue with the planning application for 20 Blackfriars Road submitted in February by Land Securities.

"We are excited to become involved in the regeneration of Southwark," says David Hackmey. "We want to work with the community and be good neighbours."

By comparison nearby King's Reach Tower is 111 metres tall and the proposed Beetham tower north of Stamford Street would stand at 180 metres.

A planning application for the scheme was submitted to Southwark Council in February. In April design watchdog CABE gave the scheme a "warm welcome".