Government minister Lord Triesman, who was a lecturer at South Bank Polytechnic in the 1970s and 80s, returned to his old workplace this week to open a new admissions centre. 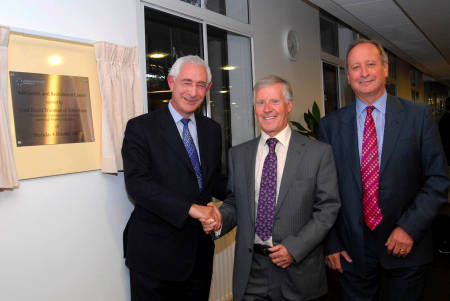 The new Admissions and Recruitment Centre at London South Bank University was opened on Thursday by Lord Triesman, a junior minister at the newly-formed Department for Innovation, Universities and Skills.

The centre – which will be used by the LSBU admissions team for drop-in course enquiries, information evenings, small scale open days and group visits to the university by schools and colleges – is based in the South Bank Technopark on London Road.

"As a source of educational advice and guidance, it will have an open door for local people. As a former lecturer here I know how vital this is.

"As a dedicated supporter of universities reaching out and engaging with their communities, I know just how important it is for our universities to offer drop-in facilities. The centre will welcome both local and international prospective students to learn more about the world class courses and programmes offered here."

The opening ceremony was also attended by Simon Hughes MP and the Mayor of Southwark, Cllr Bob Skelly.