The final direct trains between Waterloo and Paris and Brussels ran on Tuesday amid controversy over the future of the five international platforms at Waterloo.

The final departures are advertised on the information screen

The departures board displays a farewell message from Eurostar staff 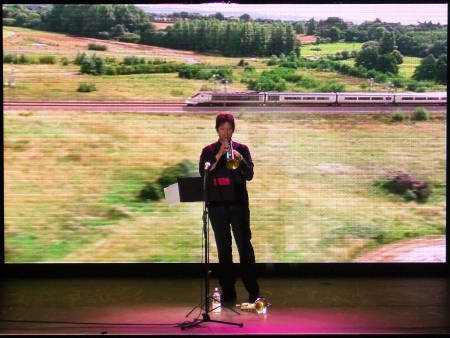 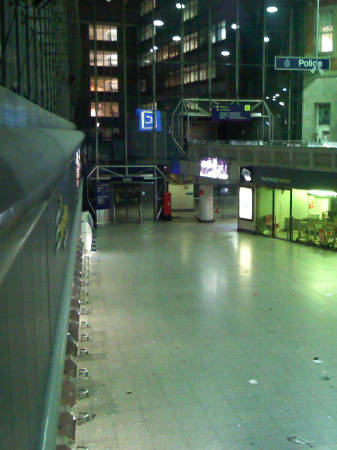 The deserted concourse an hour after the last train arrived

On Monday rail minister Tom Harris revealed that only one of the international terminal's five platforms will be used by domestic trains – and that won't happen for more than a year.

In a written parliamentary answer Mr Harris said: "The department is working closely with Network Rail and Stagecoach South West Trains (the train operating company) to finalise the design and costs associated with the use of one extra platform – platform 20 – at Waterloo International by some domestic passenger services from December 2008."

The delay before the capacity is made available to commuters has been condemned by London TravelWatch.

"We understand that changing the use of platforms will be complicated – changing passenger movements around the station, and reconfiguring tracks and signals," says chairman Brian Cooke.

"However, it is vital that these platforms are utilised as quickly as possible to boost capacity at Waterloo.

"It has been known for many years that Eurostar would be vacating Waterloo, and it is scandalous that no firm decision has yet been made, meaning these platforms will not be used for a long time."

Mayor of London Ken Livingstone was quizzed about the Waterloo International controversy at his weekly City Hall press conference. "Sadly I'm not allowed to play with the national train set," he told reporters.

"We've made the case and it's been accepted by Government now that rather than a commercial development there, those platforms will be used for suburban services whilst the Government and Network Rail modernise – bit by bit – all the rest of Waterloo station.

"We're now going into a programme – lasting the best part of a decade – of the modernisation of the rest of Waterloo Station and at the end of it those platforms will mean extra capacity for suburban lines coming in.

"You're right that it should have been better planned and that decisions should have been taken more quickly, just like they are at City Hall where there is seamless, efficient government."

"We are celebrating 13 momentous years since the birth of Eurostar, and I want to thank all those who have supported us, travelled with us and worked alongside us," says Eurostar's Richard Brown.

"We are hugely proud to have developed into the world's leading international train operator, and pleased that the millions of travellers that we have brought through our terminal have also helped in the local regeneration of the Waterloo and South Bank areas."

Eurostar put on a day of music and performance at Waterloo to mark the end of its association with the station. Lily Allen was the star turn with an afternoon gig.

The 15-hour relocation to St Pancras

Services resume at St Pancras at 11.01am on Thursday.

Bus route 59 has been extended to provide a direct connection between Waterloo and St Pancras.