Lambeth councillors have approved plans to create dozens of new shops underneath the platforms of the former Eurostar terminal at Waterloo Station. 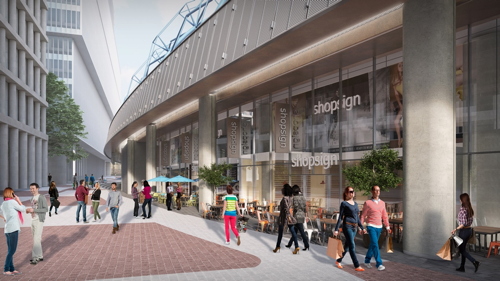 Work is already under way to bring the disused Eurostar platforms into use for commuter trains, and now plans to turn the former international departures and arrivals lounges into a new shopping and leisure centre have also been approved.

London & Continental Railways – an arm of the Department for Transport – wants to create more than 12,000 square metres of shops, restaurants, cafes, bars and leisure venues on three levels.

LCR estimates that more than 700 jobs will be created at the new centre.

"I very much hope that you will give us the opportunity to deliver something of similar quality for Lambeth."

The council has imposed a restriction on the proportion of the space that can be used for convenience retail, restaurants, cafes, bars and leisure with the aim of making sure that the new centre will complement existing independent shops along Lower Marsh and The Cut.

• A year ago LCR won backing for a separate scheme for new shops and restaurants under the railway arches south of Leake Street, and work has now begun on that development.