Princess Street GP surgery not moving to Borough Road after all

Plans to relocate the Princess Street Group Practice to the former presbyterian chapel in Borough Road have been abandoned due to rising costs, London South Bank University has announced. 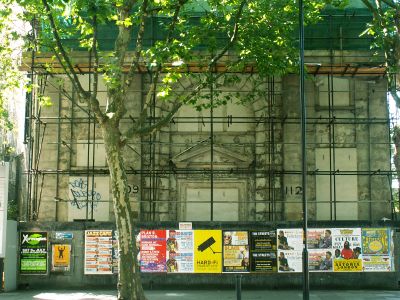 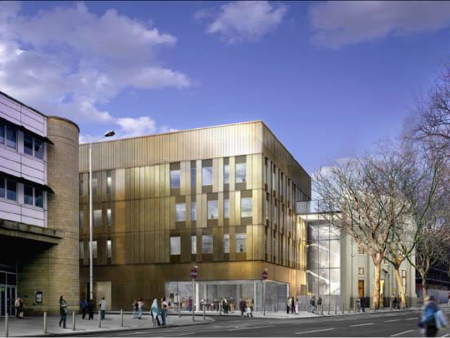 In 2005 London South Bank University (LSBU) announced that it planned to provide a new home for the Princess Street Group Practice in a new building on Borough Road incorporating the facade of the 1846 presbyterian chapel.

Planning permission for the building combining a student centre and GP surgery designed by Lifschutz Davidson Sandilands was granted in November 2006, but in August 2007 the university slipped out the news that the scheme was on hold due to rising costs.

Now LSBU says that it has decided not to proceed with the provision of a primary care centre on the chapel site because the costs of that part of the building have risen to a level that is unafforable by the NHS. The university says that there has been a "very substantial cost increase since the original estimate".

"The university has a duty to its students to get the best value for money, and to take responsible decisions in the light of changing circumstances," says pro vice chancellor Dr Mike Wilkinson.

"The chapel re-development was part of stage one of a 15-year campus regeneration project, the majority of which is making excellent progress and will continue as planned."

Susanna White, chief executive of Southwark Primary Care Trust, says: "Whilst we are disappointed that we are not able to proceed with the new health premises we would like to reassure the staff and patients who use the Princess Street Group Practice that we will actively pursue other options as the redevelopment of Elephant & Castle gets under way. We also remain supportive of LSBU's exciting proposals to develop the Faculty of Health and Social Care."

Princess Street Group Practice is an award-winning surgery based in cramped premises at the bottom of Perronet House near the Elephant & Castle northern roundabout.

"The practice team are disappointed that we will not be moving into the chapel site," says Dr Claire Lloyd. "However, in order to improve the service to both our existing and future patients, the partners are committed to looking for other premises opportunities in the Elephant & Castle area."

The latest setback to the campus redevelopment also means continuing uncertainty for the university's students' union, currently based in a temporary building on Rotary Street.

"Our work to date on the chapel site will not go to waste," says Dr Wilkinson. "Options are being considered that entail using the already designed building for a different combination of users, of which the principal one could be the Students' Union. Other options would be considered if they are financially viable and core to LSBU's strategy."