Commuters in Tooley Street on Tuesday afternoon were met by Ken Livingstone and Kevin Whately - star of ITV's Morse and Lewis dramas - who were handing out Labour election literature. 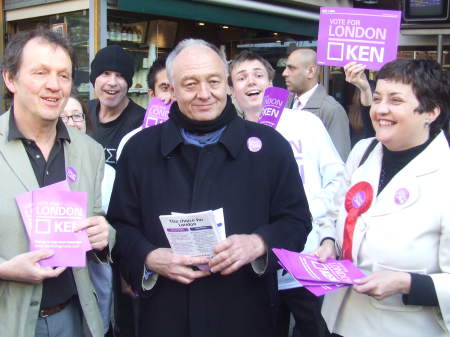 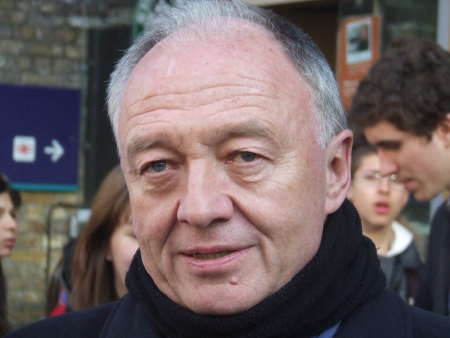 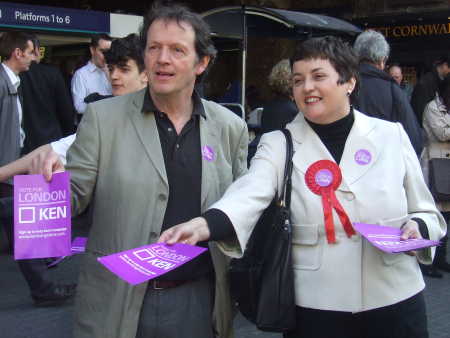 Whilst many passers-by declined the election leaflets – not surprising given the large proportion of commuters from outside Greater London and bemused tourists visiting the adjacent London Dungeon – many others stopped to have their photo taken with the Mayor or give him their views on the Oyster card.

Livingstone also autographed an election leaflet for a newspaper vendor at the station. "You'll be sacked by the Standard now," quipped the Mayor, in a reference to his long-running feud with London's paid-for evening paper.

Livingstone and Whately were joined by Val Shawcross, the incumbent London Assembly member for the Lambeth & Southwark constituency, who is hoping to retain her seat at City Hall on 1 May.

A sighting of the Mayor of London at London Bridge Station is not in itself unusual as Livingstone often uses the Jubilee line to travel to City Hall from his Cricklewood home.