A 15-year-old girl has been stabbed to death at Matheson Lang Gardens in Waterloo. 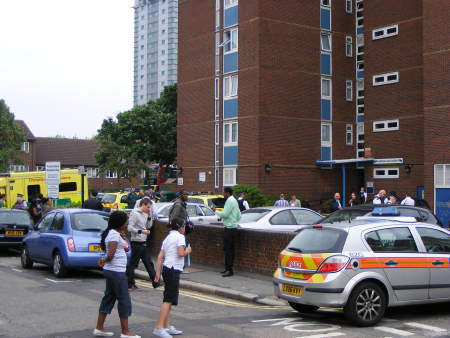 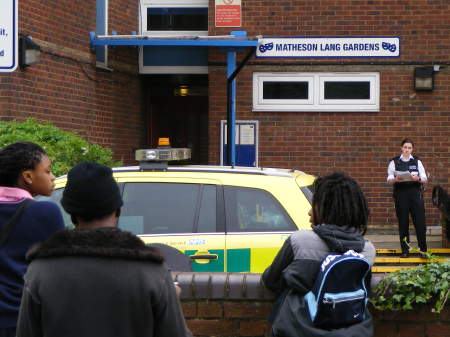 Police were called just after 3.45pm on Monday by London Ambulance Service to reports of a girl with multiple stab wounds in a lift.

Matheson Lang Gardens is near the junction of Baylis Road and Frazier Street.

Sky News crime correspondent Martin Brunt says that he understands that a male has been arrested in connection with the incident.

Sky News reports that its sources say that the girl had been stabbed at least 10 times and the attack was so ferocious that the knife snapped.

Sky also reports that the injured girl was discovered by a woman getting into the lift with her child.

Vauxhall MP Kate Hoey has already visited the scene and been briefed by police officers.

"People don't ever expect these things to happen where they are," the Labour MP told LBC radio.

She went on to praise the "fantastic" community in Waterloo and the active tenants' and residents' association at Matheson Lang Gardens.

This is the sixteenth teenager to die through gun and knife violence in London so far this year.

London Ambulance Service says that the air ambulance was sent to the incident but the girl was pronounced dead at the scene.

A murder inquiry has been launched. Officers from the Homicide and Serious Crime Command are on their way to the scene.

The girl's next of kin has been informed but the victim has not yet been named.