Preparatory work is now under way on the new £350 million Blackfriars railway station that will span the Thames from the City of London to Bankside as part of the Thameslink programme. 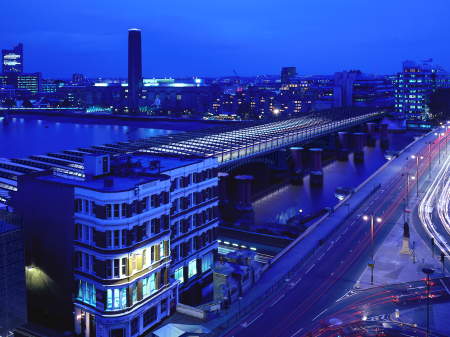 The new station at Blackfriars 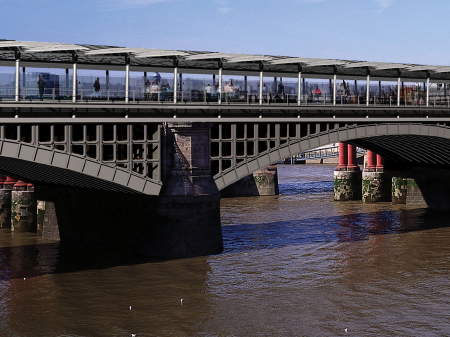 Due for completion at the end of 2011, the new station will able to deal with three times as many trains and passengers as it does today.

Blackfriars will be the first station in London to span the Thames with a new entrance to be created on Bankside for easy access to Tate Modern.

It's just over a year since the Government confirmed funding for the Thameslink programme (formerly Thameslink 2000) which will increase capacity on the north-south cross-London rail link.

Preparatory work – including a structural survey of the Blackfriars railway bridge using a jack-up barge – has already started, with work in earnest beginning in October.

Blackfriars main line station – served by First Capital Connect and Southeastern trains – will remain open and operational throughout the reconstruction but the complete rebuilding of the underground station means it will close from March 2009.

"The work we will undertake at Blackfriars is absolutely vital to this congestion-busting upgrade," says Andy Mitchell, Network Rail's Thameslink programme director.

"There will some planned changes to the service to allow work to be done at nights and weekends – but the prize is great – services tripled and train lengths doubled. And the benefits will come soon – many of them as early as 2011."

Work on the new Blackfriars Station will also have an impact on the riverside walkway along the South Bank and Bankside, with diversions via Hopton Street to be put in place.

Major work on the new viaduct in the Borough Market area will begin soon, and work to overhaul the track layout to the east of London Bridge is planned to begin in late 2012.