Residents anxious for definitive news of the £1.5 billion Elephant & Castle regeneration project will have to wait till 2009 to find out what the consortium led by Lend Lease is proposing for the area. 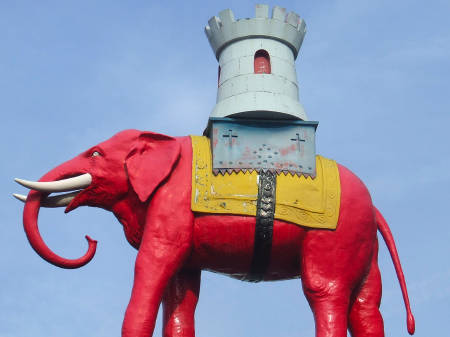 Southwark Council says it has recently signed a "partnership agreement" with developer Lend Lease – just over a year since the Australian firm was selected as the borough's preferred development partner for the Elephant & Castle.

But the announcement masks the fact that the official principal development agreement – previously slated for completion in January 2008 – has now slipped till December, according to council documents.

"Signing this partnership agreement shows the level of commitment on both sides to push this project forward and I'm looking forward to seeing the project come to fruition during the coming years," says Cllr Paul Noblet, Southwark's executive member for regeneration.

Lend Lease recently appointed Mark Boyes as its development director at the Elephant & Castle. He says: "For Lend Lease, this is the next stepping stone in this exciting project's progression. We have been working hard on the detailed masterplanning over the last few months and we look forward to sharing our thinking with Southwark residents and local organisations in 2009."

Last month Lend Lease boss Nigel Hugill played down fears that the credit crunch would prove a major setback for the transformation of the Elephant.

Although the council is keen to trumpet achievements such as the refurbishment of St Mary's Churchyard and the private developments already under way such as the 43-storey Strata tower, critics warn that more needs to be done to give certainty to local residents and businesses.

The council recently admitted that the Elephant & Castle Shopping Centre is likely to remain until 2012, whereas it had previously been due for demolition in 2010.

Cllr Paul Bates, Southwark Labour's housing and regeneration spokesman, welcomed the partnership agreement but highlighted a lack of confidence about the direction of the project.

"There's too much of a blank canvas associated with the regeneration of the Elephant & Castle and not quite enough drive to ensure that this is a people-focused scheme which will deliver real benefits for local people, for businesses and for Southwark more widely," says Cllr Bates.

"The sooner the council can sign off all its various agreements, consultations and strategies the better."