Barclaycard has conducted one of the biggest ever clean-ups of the Thames with the help of 110 of its employees who cleared two and a half tonnes of rubbish from the South Bank foreshore on Thursday. 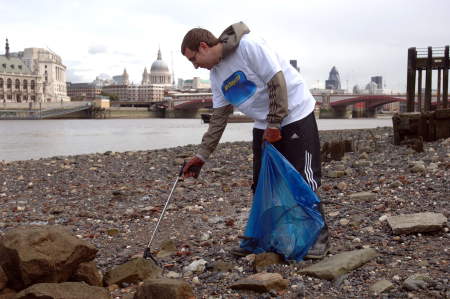 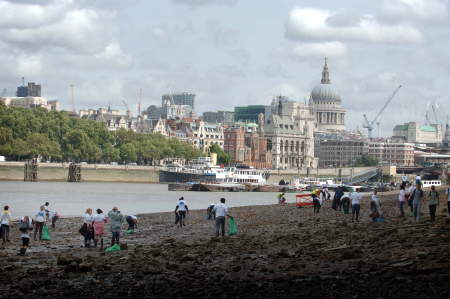 The initiative is part of Barclaycard's preparations for The Mayor's Thames Festival which is sponsored by Barclaycard OnePulse.

The clean-up focused on the beach between Hungerford Bridge and Waterloo Bridge and the foreshore in front of Gabriel's Wharf. The most interesting find was a set of false teeth.

"London is an important market for us and taking part in the Thames Festival and our clean-up initiative enables us to give something back to the capital," says Barclaycard's Gary Twelvetree.

"Employees are very much encouraged to take part in local community initiatives, it's part of our culture and we certainly weren't short of volunteers for this activity. We are sure that the results will be appreciated by those visitors attending the festival next weekend."

The Mayor's Thames Festival coincides with the first anniversary of the launch of so-called wave-and-pay technology. At the festival Barclaycard OnePulse will be handing out prepaid contactless cards to enable more people to see how the technology works.

Visitors to the event will also be able to see free run athletes taking part in the Barclaycard Free Run Challenge at Jubilee Gardens which will take place every hour from 12.30pm on both Saturday and Sunday. There will also be a whole programme of entertainment on the Jive Stage.

Last year The Mayor's Thames Festival attracted three quarters of a million visitors to the south side of the river between Westminster Bridge and Tower Bridge.

Highlights include Feast on the Bridge at Southwark Bridge.

The festival offers events and activities for young and old and will culminate in a stunning night carnival and firework display on the evening of 14 September.