IPC Media's Blue Fin Building at Bankside and Norton Rose's headquarters at 3 More London Riverside have each won two awards from the British Council for Offices. 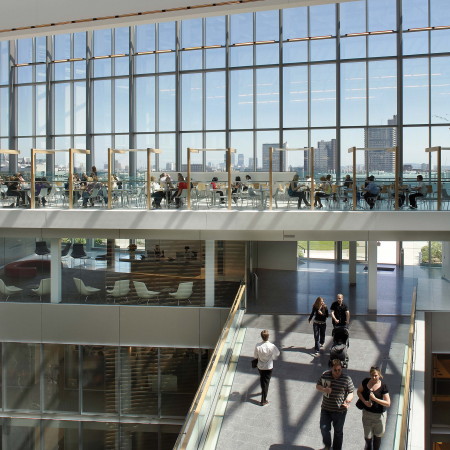 Inside the Blue Fin Building 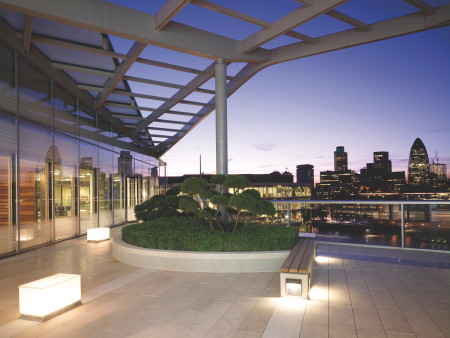 Norton Rose's roof terrace with views of the City

Now in their seventeenth year the British Council for Offices Awards honour excellence in office spaces across a range of measures, including architecture and clever design solutions.

The awards were presented this week in front of more than 1,500 property professionals at the Grosvenor House Hotel in Park Lane.

The Blue Fin Building on Southwark Street, designed by local architects Allies and Morrison, scooped both the regional and national awards for best corporate workplace in the BCO Awards.

Honouring the Blue Fin Building, the judges said: "Bad buildings weigh down occupiers: good ones raise their spirit. The sense of vibrancy before you even enter Blue Fin shows that it falls into the latter." They added: "The Blue Fin Building works not just as a sustainable icon. It buzzes like a hive."

IPC human resources director Dee Mair adds: "This award is a wonderful recognition of a building that we are all proud of. The BCO Awards are amongst the most prestigious in the industry, so to win this national accolade is a tribute to everyone involved in the design, building and fit-out of our fabulous headquarters."

Not everyone is so impressed with the Blue Fin Building though – it's been shortlisted for Building Design magazine's Carbuncle Cup. Architect Christopher Woodward says the building has "no architectural qualities whatsoever. It's staggeringly bad and represents the end of civilisation as far as I am concerned."

Meanwhile back at the BCO Awards More London-based law firm Norton Rose won both the London region and the national prize for the interior design of its building.

The judges were impressed by the building's client-oriented design. In particular they applauded the client-focused top floor, with has a dedicated lift for visitors. The judges commended the meeting rooms and break-out spaces and also praised the client terrace which overlooks the riverside public piazza and the Thames.

The new building "has made a significant difference in improving how we work together", says CEO Peter Martyr. "These awards are recognition of the hard work of everyone involved in the move and the transition from seven separate sites in the city."