There is no reason why Downside Fisher Youth Club - which has achieved a century - should not last for 500 years, said the Abbot of Downside during a visit to Bermondsey. 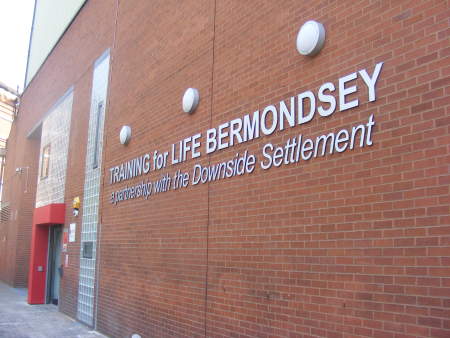 Downside Fisher Youth Club is based on Druid Street 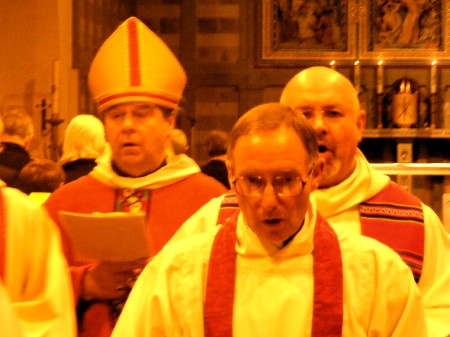 Dom Aidan Bellenger, abbot of Downside, at the centenary Mass

Abbot Aidan Bellenger was speaking at Holy Trinity Dockhead during a Mass on Wednesday evening to mark the club's centenary.

The Downside Settlement in Druid Street was founded in 1908 by old boys of Downside School which is attached to the Benedictine abbey in Somerset. Bermondsey's Fisher Institute, started in 1906 by Norman Potter who had worked with Charterhouse-in-Southwark, was incorporated in 1912. The present name 'Downside Fisher' was only adopted in 2003.

Charterhouse, which withdrew from Southwark this year, was founded by Old Carthusians in 1885 and the still flourishing Blackfriars Settlement was started by women graduates in 1887.

"In the late 19th century the Catholic Church experienced an extraordinary renewal of its social teaching given some impetus by Pope Leo XIII who triggered radical action to deal with problems," said the Abbot in his sermon.

"The work of the Downside club is important for many reasons. It brings to the city values and aspirations that have been shared by Christian people from the time of the early church."

He added: "The emphasis on the idea of community and locality, a community based on love and respect and doing things together, a community which leads to real pride, real work and real success, is something which is sorely needed in our world.

"Downside Fisher has been a place where there has been respect for persons and a breaking down of barriers of class and race."

A reception afterwards at the club also marked the retirement of its president Robin Gowlland who has been associated with the club for 48 years and was instrumental in aquiring the present site next to the original tea warehouse accommodation.