Business as usual for Arc nursery as rescue plan is launched

The Arc nursery in Crosby Row has been saved from closure after parents won backing from Southwark Council for their rescue plan. 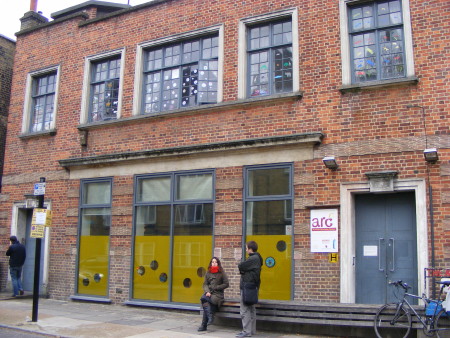 The announcement was made by Chaucer ward councillor Lorraine Zuleta during a meeting of parents held at the Arc on Thursday night when she confirmed support for a rescue plan.

Troubled local charity Charterhouse-in-Southwark, having failed to find a buyer for its nursery, had already given notice of closure to parents and fourteen staff. However, with only weeks left before the last day of operation, concerned parents proposed setting up a trust to run the nursery. The plan was presented to Charterhouse trustees last Tuesday evening.

A new charitable trust to be called the Arc Community Trust will take over from 1 April. Meanwhile Southwark Council is providing Ł30,000 funding for the three month transition period. Parents' spokesperson Andrew Wright said that future arrangements would include "vital affordable provision".

"This is the best nursery in the area and I am very pleased to support it," said Cllr Zuleta. "Southwark has a commitment to providing very high child care."

She said that the trust's business plan for the new financial year would be closely looked at by the council. The parents plan seeks to bring the enterprise into a sustainable position within eighteen months but to approach charitable trusts for early support.

Charterhouse trustees vice-chair Jo Dubiel said that the committee had been very impressed by the quality of the proposal and were delighted by the outcome. The charity no longer had enough money to continue running it.

"What better than to have a nursery that is like a community and a non-profit-making enterprise run by the people most closely involved?" she commented.

With uncertainty now ended the nursery is taking new registrations for January.