An independent Christian primary school could take over the former Charterhouse-in-Southwark building in Tabard Street. 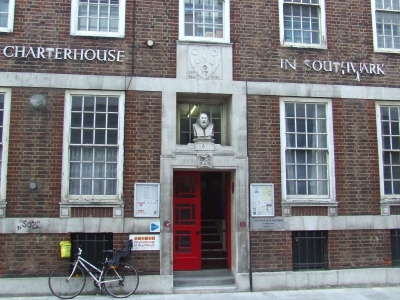 40 Tabard Street has been on the market since historic local charity Charterhouse-in-Southwark ceased to be a direct provider of community services last year.

It is a not-for-profit organisation and says that it is open to children of all faiths or none.

The founders of the school – Revd Christopher Fishlock, Revd Paul Clarke and Nick Margesson – all met though a common connection with the large evangelical parish church of St Helen's Bishopsgate in the City of London.

The school currently draws most of its pupils from SE16 and SE1.

Sources close to the school indicate that they would intend that the building in Tabard Street would continue to offer facilities for community use outside of school hours.

The school has submitted an application for a certificate of lawful use to Southwark Council. As Charterhouse's occupation of the building predates the current planning system, the school must demonstrate that 40 Tabard Street has been in community and educational use for at least a decade.

"If the new owners of 40 Tabard Street are willing to provide a service to the community it would clearly be a good thing, Simon Hughes MP told the London SE1 website.

"I only hope that all three Charterhouse buildings can have that sort of use," he added.

The charity is also trying to sell the Rainbow building at the corner of Crosby Row and Porlock Street which includes St Hugh's church. The church is expected to be rebuilt if the site is redeveloped.

At the start of this month a new organisation formed by local parents took control of the Arc Nursery in Crosby Row previously run by Charterhouse.