Plans for a branch of Gourmet Burger Kitchen above the Clink Prison Museum were approved by Southwark Council's planning committee this week. 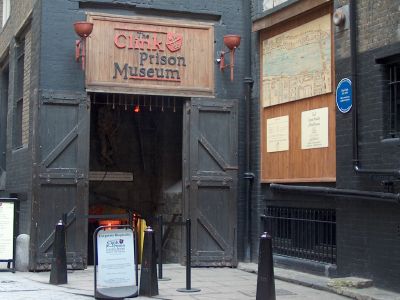 The owners of Soho Wharf have long wanted to create a restaurant on the ground floor but the site has a complicated planning history.

A previous version of the plans put the restaurant entrance at the very narrowest point of Clink Street but the designs have been revised to provide access via the wider section of the street next to the Clink Prison Museum's doorway.

This week the latest plans, for a 100-cover branch of Gourmet Burger Kitchen , were approved by the planning committee despite opposition from Cathedrals ward councillors speaking on behalf of Clink Street residents concerned about late-night noise outside their homes.

"We've received letters and emails from residents demonstrating that even well-managed restaurants are unable or do not feel obliged to control those who have been spending money once they have left the restaurant," said Cllr David Noakes.

"So we're absolutely opposed to a new entrance to a restaurant right outside two sets of residents in both Clink Wharf and New British Wharf which are right opposite."

But the ward councillors' comments got short shrift from some committee members.

"If you choose to live somewhere like that you can't expect the stillness of the countryside," said Grange ward's Cllr Bob Skelly. "It's a touristy area of central London."

Cllr Adele Morris pointed out that the warehouse conversions in Clink Street predated the comparatively recent surge in tourism: "Those wharves were converted a long time ago – the residents were there first, actually," she said.

But Cllr Skelly was having none of it. "Sorry, these people live in central London in an area where there are numerous restaurants, pubs, tourist attractions etc. I've got no sympathy with them at all."

Cllr Noakes described a "rising level of concern and complaints" from residents about noise generated by customers at restaurants in the Bankside area.

Gourmet Burger Kitchen is part of the Clapham House group which also owns The Real Greek on Bankside.