Laura Ivill, vice-chair of Bankside Open Spaces Trust, has been chosen as one of 16 'London Leaders' tasked with tackling climate change and making the city a better place to live. 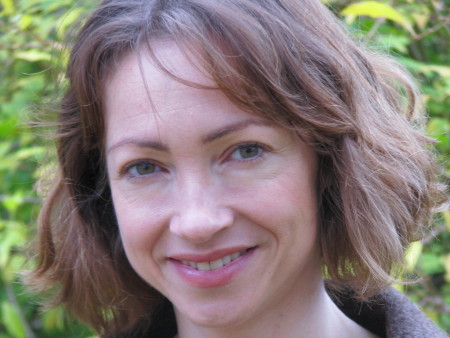 The 16 London Leaders come from all walks of life and include designer Wayne Hemingway MBE.

Each London Leader will undertake a campaign over the next year to champion 'sustainability', which could range from boardroom to community action.

"Bankside Open Spaces Trust is all about bringing the local community closer together and shaping concerns into action to improve our parks, gardens, housing land, the streetscape and the wider shared environment," says Laura Ivill.

"In my year as a London Leader I'll be focussing on partnership working and community wellbeing. The more I look into what's going on, the more I'm amazed at how many great projects there are out there and how much energy and enthusiasm people have to make lives better, not just for themselves but for those around them too."

The London Leaders programme is run by the London Sustainable Development Commission which is supported by the Mayor. London Leaders are chosen by the commission for their ability to inspire, motivate and innovate in their chosen field of knowledge or passion.

The first team of London Leaders have completed a range of projects over their 'term of office', from retrofitting green roofs, publishing a community cookbook, working with London TV/film industries, to promoting energy efficiency and training young refugee leaders in environmental issues.

"This year's team of London Leaders have a wonderful opportunity to make a real difference to our city and I look forward to seeing what they will achieve in 2009," says Mayor of London Boris Johnson.

"Inspirational individuals can really help to galvanise communities and organisations to make changes for the better and help create a more liveable, pleasant city now and for future generations."