Controversial plans for a payday loan shop on Tower Bridge Road have been approved by a planning inspector who said that the arguments against the proposal were "nebulous". 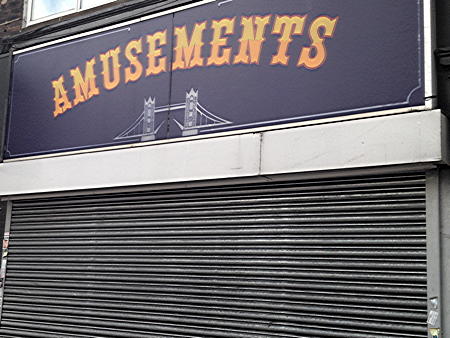 The Money Shop's application for change of use of a former amusement arcade at 82 Tower Bridge Road was rejected by Southwark councillors last June on the grounds that the proposal did not represent sustainable development and would be to the "detriment of creating a thriving retail area".

The proliferation of high street shops offering high-interest loans has become a significant political issue – particularly among Labour politicians – with many calls for tighter controls on the industry.

In a separate decision to award costs against the council, the inspector wrote that "the council's reason for refusal is, to say the least, nebulous".

Mr Morgan notes that the Money Shop's own estimates show that the shop would attract significant footfall to the parade of shops.

"The operation of such a use therefore would generate a considerable amount of street activity, materially contributing to the viability, vitality and so sustainability of the area," he said.

The inspector also noted that the Money Shop's proposed 10-year lease of the premises and Ł150,000 refurbishment of the unit "weigh in favour of the proposals being granted planning permission".

Referring to objections tabled by Chaucer ward Labour councillor Claire Hickson, the inspector concluded: "An elected representative of the council asserts that the benefits to viability and vitality of the area suggested by the appellant would not in fact accrue from the development, the argument being that most customers using the facility are in fact servicing existing debt, not using it to buy products, though it is accepted they will use such loans to buy food.

"Although research is alluded to in the submissions, the statement is not supported by any detailed studies or indeed reference to accredited sources. This limits the weight to be afforded such assertions, and in any case appears not to account for the range (quite diverse) of services other than payday loans on offer by the facility."

Responding to the inspector's decision, Cllr Hickson told the SE1 website: "I am sad to see that the inspector has chosen to override the views of local councillors and people and allow a payday loan shop on Tower Bridge Road.

"We tried our best, but ultimately, controlling payday loan companies requires action from central government – action that they have refused to take."