Eight artists will submit proposals for a memorial to the Crimean war nurse and 19th century heroine Mary Seacole to be erected in front of St Thomas' Hospital. 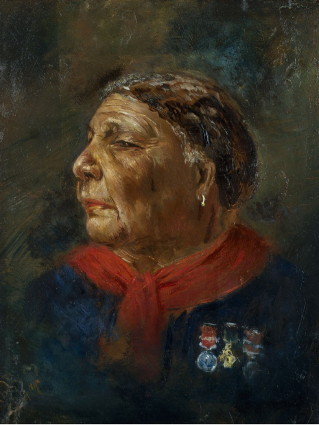 The shortlist was announced on Wednesday by Lord Soley of Hammersmith who chairs the Mary Seacole Memorial Statue Appeal.

They will now submit designs for the memorial and the artist selection panel will make the final choice in the early spring.

The Mary Seacole Memorial Statue Appeal was set up to create a permanent memorial to the Afro Caribbean nurse of the 19th century who nursed soldiers and sailors in the Caribbean and in the Crimea. She was famous in her day and became a close confidante of Queen Victoria.

The appeal aims to raise Ł450,000 for the memorial which will face the Houses of Parliament across the Thames.

In 2005 the Florence Nightingale Museum at St Thomas' hosted a special exhibition to mark the bicentenary of Seacole's birth.

Earlier this week the National Portrait Gallery announced that it has acquired the only known painting of Mary Seacole.

The Seacole portrait was discovered in July 2003 after being purchased at a boot sale in Oxfordshire. It was concealed behind a framed print and then spotted by an eagle-eyed dealer who noticed an inscription on the back by the artist reading "ACC". He unsealed the frame and sold the picture at an auction in Warwickshire. Writer Helen Rappaport subsequently acquired the work and recognised the identity of the sitter immediately.

The 1869 painting by Albert Challen is to remain at the NPG where it has been on loan since 2004 following its purchase for Ł130,000 through a public appeal and a Heritage Lottery Fund grant of Ł96,200.

The portrait is on permanent public display at the National Portrait Gallery in room 23.