Casualty star Suzanne Packer has unveiled a plaque to mark the dedication of the site at St Thomas' Hospital where a statue of Mary Seacole will be erected next year. 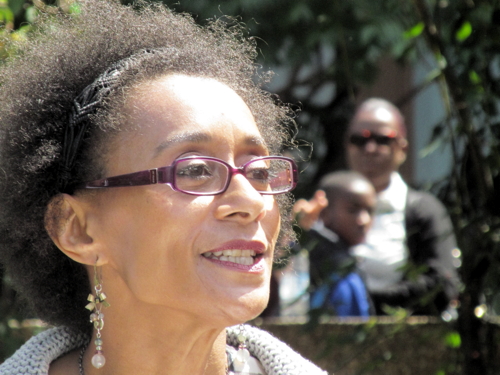 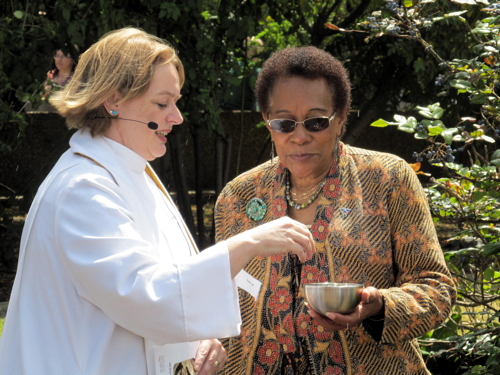 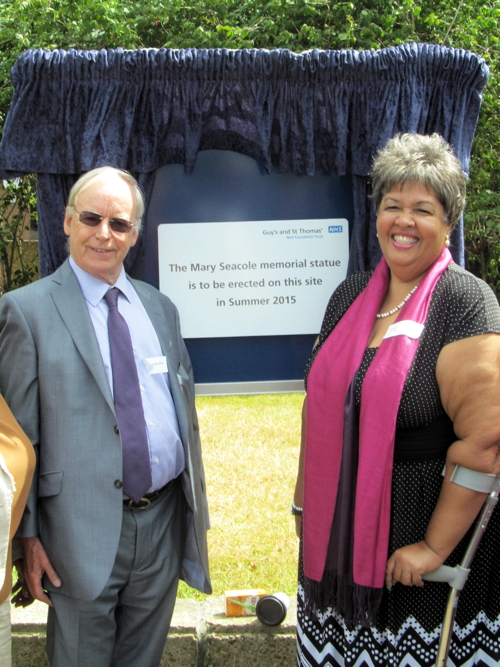 The event was organised by the Mary Seacole Memorial Statue Appeal which has been led by former Labour MP Lord Soley of Hammersmith for the past 11 years.

Jamaican-born Mary Seacole is best known for her care and hospitality for British soldiers during the Crimean war.

Packer, who plays Tess Bateman in the BBC drama, said she had always been aware of Mary Seacole but it was only when watching Horrible Histories on TV with her son that she came to appreciate her significance as "a phenomenal woman and inspiration".

Revd Mia Hilborn, head of spiritual health care at Guy's and St Thomas' NHS Foundation Trust, led the dedication of the site in the hospital gardens where the statue by Martin Jennings will be installed next summer.

Music was provided by pupils from Harris Academy Peckham.

Planning permission for the statue was granted by Lambeth councillors two years ago.

The choice of St Thomas' Hospital as the location for the statue has been controversial in some quarters, with critics pointing out that Seacole – unlike her contemporary Florence Nightingale – had no known association with the hospital or the locality.

Sir Hugh Taylor, chairman of Guy's and St Thomas', said: "Mary Seacole was a pioneer for the generations of nurses and other staff from black and minority ethnic backgrounds who have served the NHS so well over the years.

"She remains a positive role model for the current generation of nurses who help us to ensure that our workforce is representative of the diversity of the local population that we serve in south London and beyond."

Lord Soley, chair of the Mary Seacole Memorial Statue Appeal, said: "It has been an honour to chair this appeal and champion this remarkable woman.

"This statue to a brave, enterprising and caring woman will honour her and recall her memory and that of the British troops who she lovingly served."

The Jamaican high commissioner to the UK, HE Aloun Ndombet-Assamba, used her impromptu speech to thank those who had lobbied to ensure that Mary Seacole's story will still be taught in British schools despite education secretary Michael Gove's attempt to drop her from the history curriculum.

The fundraising appeal still needs to raise another £96,000 to complete the statue. Details at www.maryseacoleappeal.org.uk.