Three design concepts for the new Waterloo City Square have gone on display at a public exhibition. 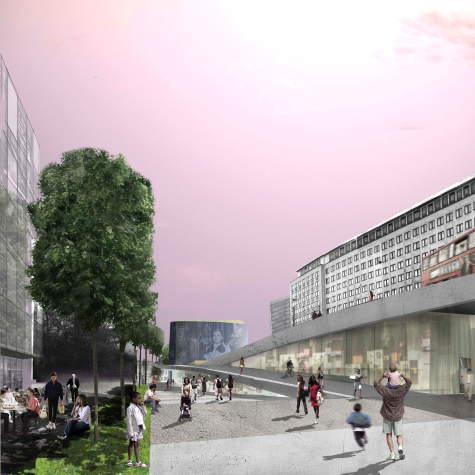 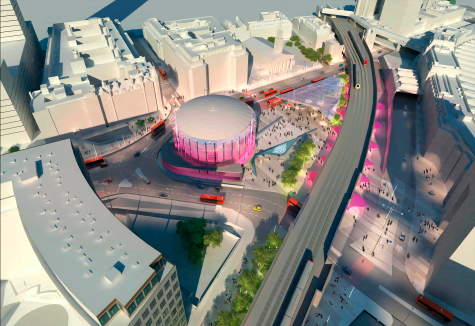 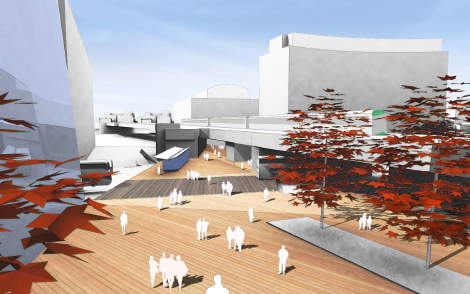 The concept of a city square to improve the area between the BFI IMAX and Waterloo Millennium Green was introduced by former Mayor of London Ken Livingstone in his 2006 draft planning framework for Waterloo.

The scheme will include improved walking routes, simplified transport interchange and better connections between Waterloo Station and its surroundings. The square will also serve as a gateway to the South Bank's cultural institutions and visitor attractions.

A design contest was launched in November 2007 with the shortlist revealed last summer.

Now the concepts produced by the three firms remaining in the contest are on show at the Coin Street Neighbourhood Centre until Thursday.

"This scheme will create a new sense of place in Waterloo," says the London Development Agency's Peter Bishop who is chairing the judging panel.

"Each of the design teams has responded to the brief with inspirational thinking and we are now looking forward to hearing the views of local communities, commuters and visitors."

As well as the exhibition there is an opportunity to meet the design teams at a social evening on Thursday 5 February.

Following the consultation the judging panel will meet to consider the design teams' entries, taking into account the results of the public consultation and technical panel review. A decision is expected next month.

The Waterloo City Square as envisaged during Ken Livingstone's mayoralty would have incorporated the Cross River Tram, but now that Boris Johnson has halted work on the tram scheme that element of the transport interchange is now longer likely to be included.

"Our understanding is that the tram will not go ahead but, if it were to, the Waterloo City Square Scheme could accommodate it," says Ted Inman of the South Bank Employers' Group which is managing the project.

"We're currently focused on appointing a design team to create a workable framework to fulfil everyone's ambitions for this hugely difficult space.

"Our brief is absolutely clear that proposals must be affordable and deliverable. Indeed the concepts currently proposed all allow for implementation in bite-sized chunks."

Read on to see how the design teams describe their schemes:

Where the obelisk at St Georges Circus marks the entrance to London, the BFI IMAX on Waterloo Circus will claim its significance as the identifiable entrance to the Cultural Quarter of the South Bank for local residents, tourists and commuters.
With the recent advancements in 4d technology, the BFI IMAX has finally come of age. We have carved, remodelled and overclad the existing building with a dynamic digital screen which reflects both its dynamic future and the richness of its connection to the BFI and the culture of film. By instinct people choose to walk on the ground. The IMAX is given a new street level entrance and visible connections are carved through the site to give presence and identity to each of the buildings addressing Waterloo Circus. Existing streetscapes have been decluttered, with new crossings and a unified surface creating unhindered safe access to all transport modes and destinations from the river to the Old Vic Theatre. The ground is gracefully unfolded around the BFI IMAX to create a seamless new connection to its lower entrance and onwards to engage Kings College, the proposed Doon Street development and the South Bank. This new route replaces the existing labyrinth of subterranean routes with a continuous line of cultural and commercial activity from The Cut, through Waterloo Circus to the Thames at National Theatre Square, bringing together new and existing life.

Bringing the West End closer to the South Bank, Waterloo City Square will become a focus of activity in London's most vibrant cultural district. Adjacent to Waterloo Station, this new high-quality public space will be an exciting addition to the amenities of the South Bank and will change the Balance between traffic and pedestrians to create a highly accessible space. The contemporary square will be an attractive destination with shops, cafes and entertainment, it will incorporate improved facilities for public transport users, provide clear circulation routes to the riverfront and create an important new London square for the local community, commuters and tourists. The work, to be completed in phases, begins by redesigning the road system to run east of the BFI IMAX cinema. This eases congestion and creates a splendid new forecourt to the east of Waterloo Station. The existing tangle of underpasses and walkways will be replaced by clear pedestrian routes and new vistas into and out of the square. Later phases could include building a landmark tower on the site. Full social, economic and environmental sustainability including the careful use of natural materials and innovative water management, will be incorporated from the start of the project.

The area immediately outside Waterloo Station, one of the busiest in Europe, should lead people easily into the surrounding areas and onwards to other destinations. Instead passage for commuters and residents is discouraged by wide streets full of traffic at ground level or a dingy basement route to the South Bank via the BFI IMAX Cinema. We propose closing the subway and creating surface crossings across narrowed roads. Instead of a sea of tarmac between the IMAX and its surroundings there will be a generous public space around the cinema with a prominent ground level entrance. This forms the hub of the scheme. Immediately to the south is a new bus station on Tenison Way; a much more generous arrangement than the few existing bus stops on a narrow spit of land. Extending across the site, Waterloo Road and Waterloo Bridge are realigned to create a continuous, coherent route with activated shop fronts and coordinated bus stops along its length. This is a key axis of the scheme. Five 'pocket' parks at the periphery of the site connect to the surroundings. These include Emma Cons Gardens to the south, a new square at the proposed Doon Street development to the north and a new piazza in front of the Station. The proposals also include possible development of the IMAX, should the cinema be relocated into a new BFI complex. In this case a tall structure on this central site forms the significant element in a cluster of new buildings around the station. Additional development is feasible on the bus station site at Tenison Way and the buses relocated to Waterloo Road. A mid height development with a central winter garden help define the road and provides an exciting covered public space opposite St John's Waterloo.
• www.waterloocitysquare.info