Walworth-based architects DSDHA have been selected as the design team for the Waterloo City Square scheme which aims to transform the area around the BFI IMAX. 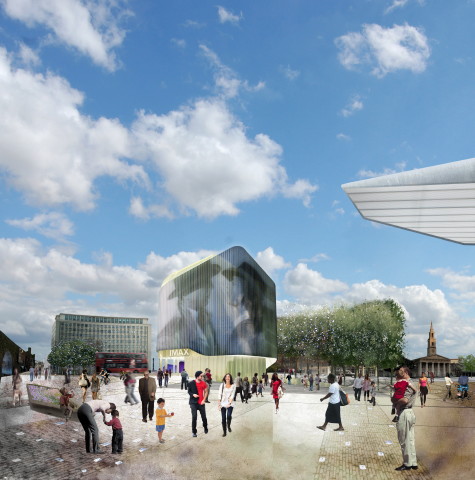 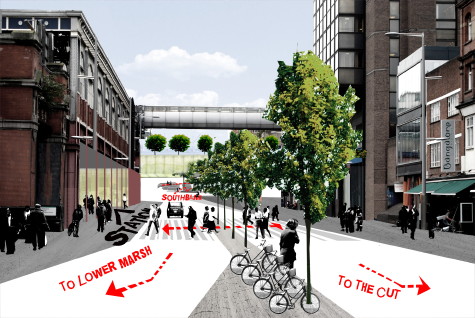 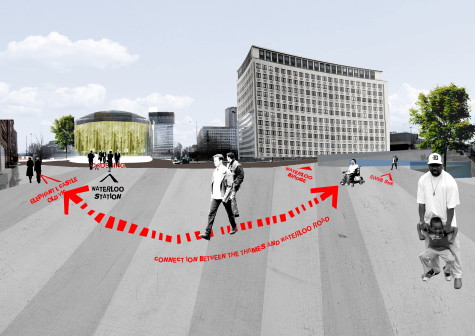 DSHDA – the firm responsible for the kiosks in Potters Fields Park – beat the other shortlisted contenders Lifschutz Davidson Sandilands and EDAW in the contest to rethink the street design around the IMAX roundabout, Waterloo Road and Waterloo Station to create a better experience for all users.

The plan is to create the Waterloo City Square in phases as and when funding becomes available from the major developments proposed around Waterloo Station.

DSDHA's proposal – which includes a new street-level entrance for a reclad and recast BFI IMAX – found favour both the local community and the judging panel.

More than 1,700 people took part in the consultation in late January and early February which gave residents and employees the opportunity to meet each of the shortlisted design teams face to face and to comment on their concepts.

"We recognise Waterloo as one of the most important public spaces in the country, serving the busiest station in the UK with over 300,000 commuters each day, as well as being the gateway to London's South Bank and home to thousands of local residents," says Deborah Saunt, co-founder of DSDHA.

"For us this is a unique opportunity. Waterloo is a meeting place for people, journeys and identities. We hope to create seamless connections at ground level to allow dignified access for everyone to all local spaces – from The Cut to the South Bank, King's College to Lower Marsh, Coin Street to Waterloo Station. The labyrinth of underpasses will be a thing of the past and the IMAX will finally be able to takes its place as a landmark at the heart of the area.

"This will be an incredibly important project to DSDHA, and we look forward to collaborating with stakeholders and the local community to realise our vision for this area and to consolidate the importance of Waterloo to central London, the outer boroughs and beyond."

"We are focused on attracting investment into this area and believe that the regeneration of the spaces around Waterloo Station is critical to future growth," says says Ted Inman, chief executive of South Bank Employers' Group which is managing the project.

"We are confident that by adopting the practical approach of phased delivery, we will be in a position to deliver significant improvements over the next 5 years and are looking forward to working with DSDHA and the LDA on this scheme.".

It is anticipated that a planning application will be submitted at the end of the year following further consultation with local residents, employees and businesses.