Sarah Brown visited the Florence Nightingale Museum at St Thomas' Hospital on Tuesday as plans were announced for a revamp of the attraction in preparation for the centenary of the nursing pioneer's death in 2010. 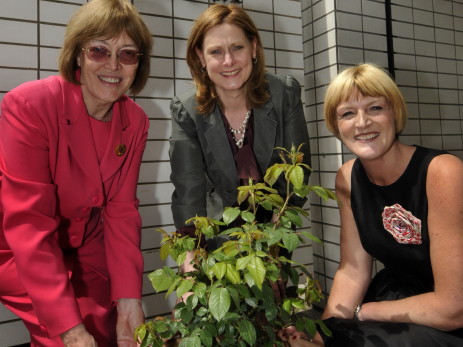 Sarah Brown viewed the new Mapping the Body exhibition which has been led by noted artist Susan Stockwell, which explores maternal issues with particular regard to the cultural phenomenon of teenage motherhood.

Sarah met three young mothers from Croydon's Cotelands Pupil Referral Unit and talked to them about the challenges of motherhood, their experiences of working on the exhibition and their views on Florence Nightingale.

The Florence Nightingale Museum has announced an ambitious Ł1.3 million development programme to bring Nightingale's enduring legacy to as many visitors as possible.

The museum will close in September for improvement works to prepare for the centenary of the death of Florence Nightingale in 2010. Ł1 million has been raised so far with another Ł300,000 still being sought.

"The work the museum has done with these young women is truly fitting of her quest to not only ensure that women received the highest standards of care and attention through pregnancy but also the support and aftercare so vital to both mother and child achieving their full potential."

"Having Sarah attend 'Mapping the Body' is wonderful for everyone involved in Florence Nightingale and the nursing profession," says Caroline Worthington, director of the museum.

"As we move into the centenary of Flo's death and the final push to secure the remaining development funding we are tremendously excited about the future.

"The redesigned museum will provide a pioneering space using the latest interpretation techniques to tell Flo's story. It will link Florence Nightingale's life's work to today's and indeed tomorrow's innovations in modern healthcare and research.

On Monday Mark Bostridge – author of Florence Nightingale: The Woman and Her Legend – delivered a lecture in the Governors' Hall at St Thomas' in aid of the museum's fundraising appeal.

Designed by Kossmann de Jong, the new museum will tell Florence's story in three pavilions each representing a key period in her life: The Gilded Cage and Family, The Crimea and Health Reformer.

• On Friday and Sunday evening this week there a chance to visit the museum free of charge as part of the Museums at Night season.