Charles Dickens Primary School this week celebrated the launch of its new garden and green classroom on previously derelict land north of its Lant Street site. 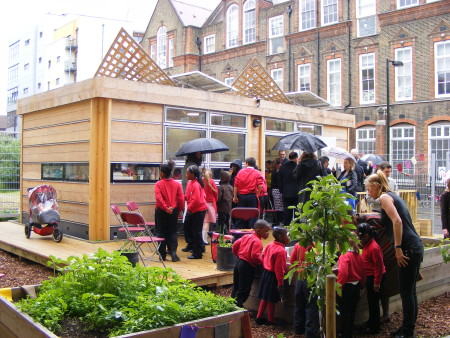 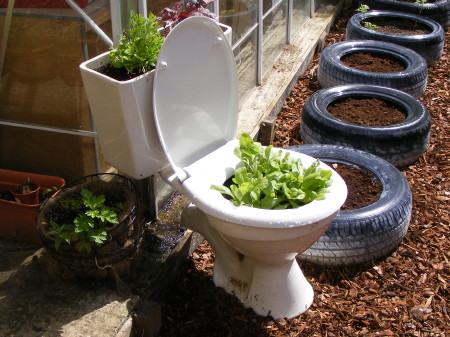 The small building – named Fezziwig – is an EcoCanopy standing in a new garden beside the now traffic-free section of Lant Street.

Classrooms at Charles Dickens Primary School are named after characters in Dickens' novels since the author lived in Lant Street as a boy. Fezziwig appears in A Christmas Carol.

EcoCanopy is a low-cost, environmentally-sustainable system of prefabricated buildings which can be used for many purposes.

"The school has fought for many years for a change of planning for Lant Street," said headteacher Teresa de Quincey who explained the need for more space. "It took a great deal of effort."

Several SE1 businesses have helped to create the garden including staff from GfK NOP in Blackfriars Road who also raised funds.

Charles Dickens Primary School was the first Southwark school to be awarded a green flag by Eco Schools and the only one to have gained a second flag.

Guests at Tuesday's ceremony were presented with packets of sunflower seeds in envelopes decorated by the school's pupils.