Under-threat Gladstone pub to be included in conservation area

As the campaign to save the Gladstone pub in Lant Street from demolition continues, Southwark Council is set to include the hostelry in a new conservation area. 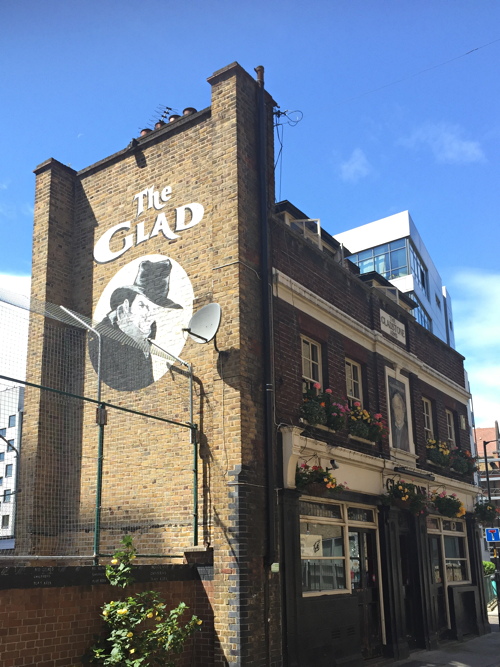 In August we reported on plans by the pub's Luxembourg-backed Isle of Man-registered owners to knock down the building and replace it with a 10-storey block of flats.

The pub has been designated as an asset of community value under the Localism Act, a decision that was last week upheld by a panel of Southwark Council officers after the building's owners objected.

A separate bid by the Walworth Society to have the building listed for its historical and architectural interested was turned down by the Government on the advice of Historic England.

The campaign to save the pub has been backed by senior figures in Southwark Council, with regeneration supremo Cllr Mark Williams commenting publicly at an early stage.

At Saturday's Borough, Bankside & Walworth Community Council another cabinet member – Cllr Barrie Hargrove – said that he had enjoyed drinking at The Gladstone and that efforts to secure the future of the pub had his "full support".

Next week the battle to save the pub will take take a new twist, with Southwark's planning committee likely to approve the designation of a new conservation area – the Liberty of the Mint – to include The Gladstone.

Conservation area status means that any move to demolish the pub would require the express consent of the council, and would also impose extra policy constraints on any proposed new development.

The proposed Liberty of the Mint conservation area would include a number of streets west and south of Borough Underground Station, and would adjoin the existing Borough High Street conservation area near St George the Martyr Church.

A draft conservation area appraisal has now been published on the council website.

The name 'Liberty of the Mint' comes from the establishment by Henry VIII of a royal mint at Brandon House in 1545.

In 1550 Edward VI issued a charter passing the crown's extensive landholdings in Southwark to the City of London. The site of Brandon House, and the lands immediately associated with it, remained in Royal possession and were excluded from the charter.

Based upon the exclusion of the site of Brandon House from the 1550 charter, the idea developed, during the 17th century, that people residing within the Mint claimed privilege of exemption for all legal civil and criminal processes.

The Mint then became an asylum for debtors, convicts and felons. Its privileges were abolished by act of Parliament in 1723.

As well as The Gladstone pub, the new conservation area would include The Libertine in Great Suffolk Street and The Trinity in Borough High Street.

Charles Dickens Primary School would be at the centre of the proposed conservation area.

A decision on whether to approve the new conservation area will be made by Southwark's planning committee on Tuesday 1 December.