An Armistice Day football tournament between local school teams - recalling the Christmas truce of 1914 - was called off after a bomb scare at Geraldine Mary Harmsworth Park on Tuesday morning. 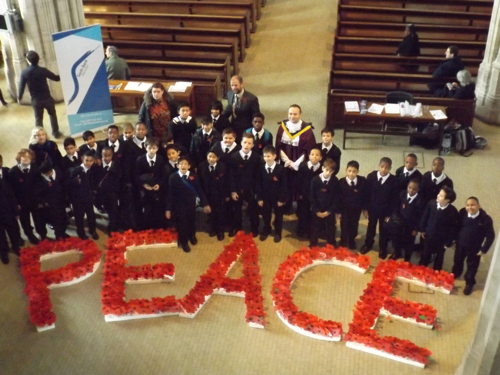 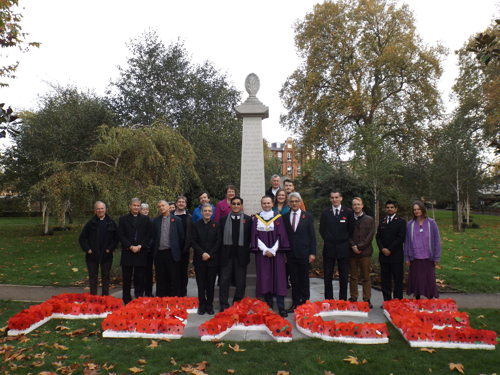 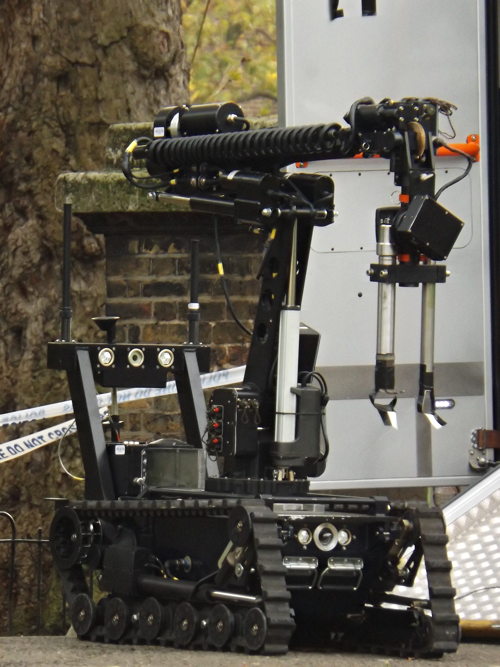 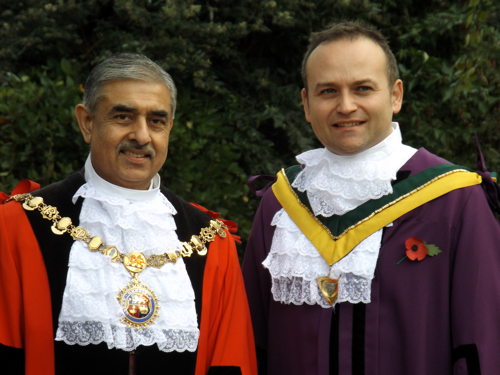 Deputy Mayor Cllr Neil Coyle (right) was joined in the Tibetan Peace Garden by the Mayor, Cllr Sunil Chopra (left) who arrived from another service in Bermondsey 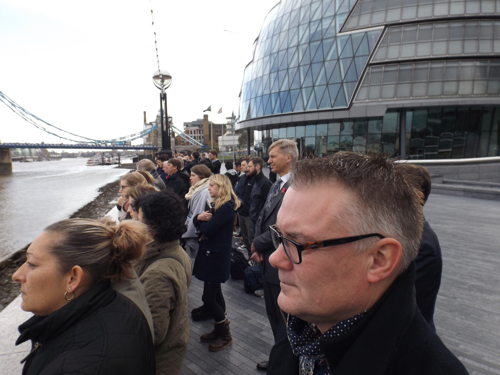 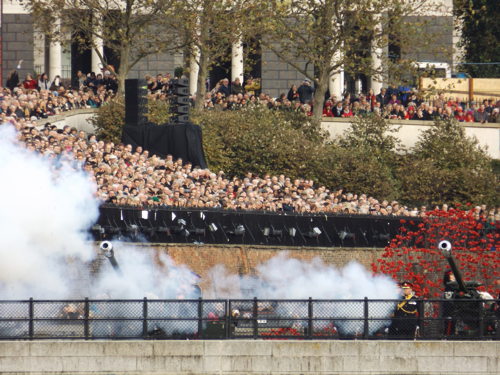 Between 10.30am and 10.52am a gun salute was fired from Tower Wharf on the north bank 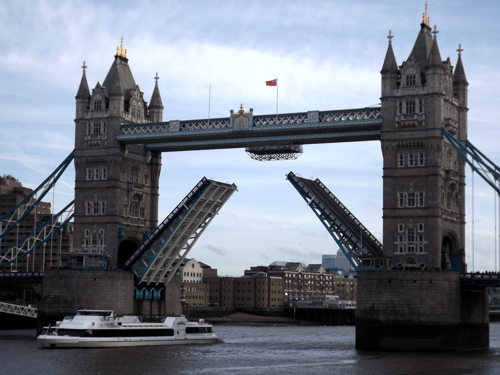 Just before 11am Tower Bridge lifted as a mark of remembrance 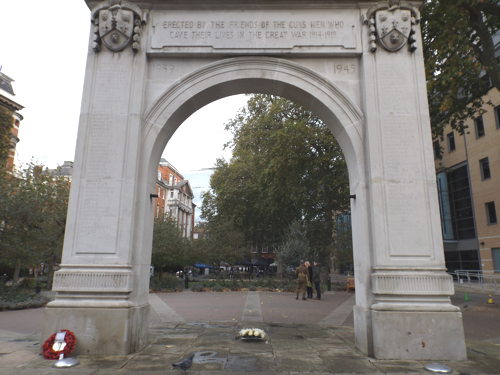 The service was attended by Cllr Neil Coyle, Deputy Mayor of Southwark.

After the service pupils were due to take part in a football tournament in Geraldine Mary Harmsworth Park but this was cancelled when the park was evacuated due to a bomb scare.

Part of the park was sealed off while police examined a suspect package close to the entrance of the Imperial War Museum.

A loud bang was heard when police carried out a controlled explosion.

The Imperial War Museum's act of remembrance went ahead indoors despite the drama outside.

Over at the Tower of London, people gathered on both sides of the Thames for the build-up to 11am and the 'planting' of the final ceramic poppy in the Tower's moat to represent the British and British Empire soldiers killed in the First World War.

Crowds assembling on the riverside outside City Hall could from 10.30am clearly hear the orders given for the minute by minute firing on Tower Wharf.

Just before 11am Tower Bridge began to lift very slowly as a mark of remembrance and the voice of Lord Dannatt, Tower of London Constable, could be heard reciting the words of Laurence Binyon written 100 years ago this autumn:

They shall grow not old, as we that are left grow old:
Age shall not weary them, nor the years condemn.
At the going down of the sun and in the morning
We will remember them.

With the sound of the Last Post drifting across the Pool of London, vessels held their position as the two minute silence began.

At Winchester House in Southwark Bridge Road, London Fire Brigade officers, staff and trainees observed the 11am silence in the yard.

Wreaths were laid at the Memorial Arch on the Guy's campus of King's College London.

Another Armistice Day act of remembrance took place on the River Thames between Westminster Bridge and Lambeth Bridge on board Havengore, the vessel which carried Winston Churchill's coffin before his funeral.