Plans by Hollybrook Homes to build houses, a hotel, offices and student accommodation on the site bounded by Newington Causeway, Borough Road and the railway line have been unveiled. 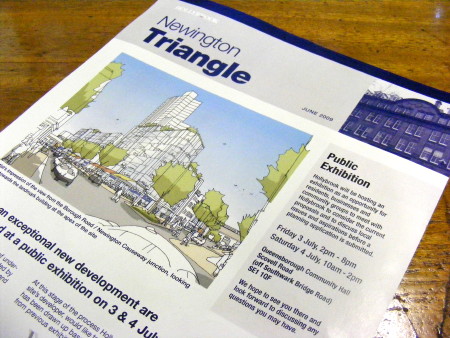 Hollybrook's newsletter advertising its public exhibition. The image shows an earlier version of the proposals 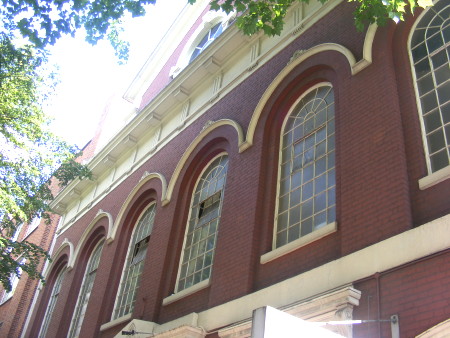 To be retained: the former Baptist chapel on Borough Road 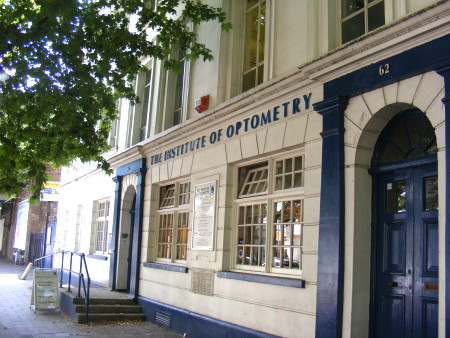 The SE1-based developer held a two-day exhibition at the Queensborough Community Centre on the Scovell Estate to show off its latest proposals for the site.

Last November we reported that Lifschutz Davidson Sandilands had been appointed to design a mixed-used scheme for the triangular plot of land.

Hollybrook is proposing to demolish all of the buildings on the site except for the Ipsos MORI building on Borough Road and the former Baptist Chapel currently used by the Deeper Life Bible Church.

Structures to be demolished as part of Hollybrook's masterplan include the Institute of Optometry building on Newington Causeway, the Court Cafe and the London School of Musical Theatre building on Borough Road which was originally built for the South London Institute for the Blind.

There is a possibility that the Institute of Optometry, which has been on the site since the 1920s, could be provided with new premises as part of the redevelopment.

The centrepiece of the new development would be a spiral tower in the middle of the triangle ranging from eight to 28 storeys in height. This building would include commercial and academic space on the lower levels with up to 500 units of student accommodation on the upper levels.

Hollybrook is proposing a phased development, with the tower to be built first followed by the five to eight-storey 'apex' office building at the corner of Borough Road and Newington Causeway.

The third phase would include a hotel with approximately 150 rooms and a possible small supermarket on Newington Causeway with the project to be completed by the conversion of the Ipsos MORI building to residential use and the development of the Borough Road side of the site.

Hollybrook says that its proposal will open up new routes between Borough Road and Newington Causeway and new public spaces in the centre of the site.

The Newington Triangle site forms part of the Enterprise Quarter designated by Southwark Council in the area around the London South Bank University campus.

At 28 storeys the proposed tower is taller than the "tall landmark building" of 15-20 storeys suggested by the council's planning guidance.

A planning application is due to be submitted to Southwark Council in the next few months.