A public exhibition of proposals for a development of 38 homes in a 20-storey tower on Newington Causeway is being held this week at Elephant & Castle. 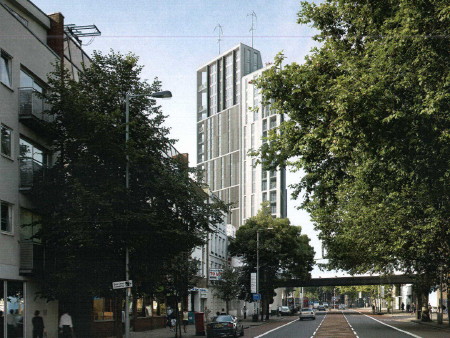 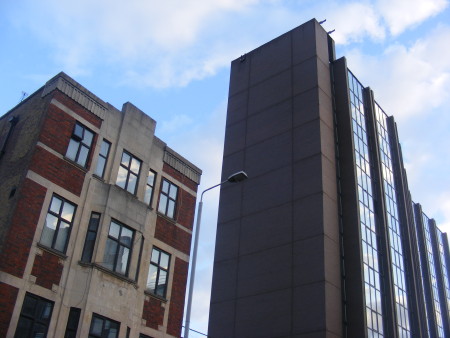 The triangular tower has been designed by Panter Hudspith for developers Neobrand. It would occupy the site of the former bank on the eastern side of Newington Causeway between the railway bridge and the Salvation Army office building.

The flats would comprise 26 private units and 12 affordable homes.

The developers claim that, together with the much taller proposed skyscraper across the road at Eileen House, their tower will form a new gateway to the Elephant & Castle.

A proposed 28-storey spiral tower on the Newington Triangle site would also be nearby.

The new tower would have two wind turbines on the roof and a small cafe at ground level. Office space would be provided the first and second floors.

There is an opportunity to learn more about the proposals at a public exhibition on Thursday afternoon and Saturday morning at the nearby Elephant & Castle Leisure Centre.

A planning application (09/AP/1940) has been submitted to Southwark Council and the consultation period is now open.