A stormy debate about the Elephant & Castle at last week's Southwark Council Assembly heard that the council's deal with Lend Lease is "not dead" as opposition councillors criticised the executive's "indecision and dither" over the crucial agreement. 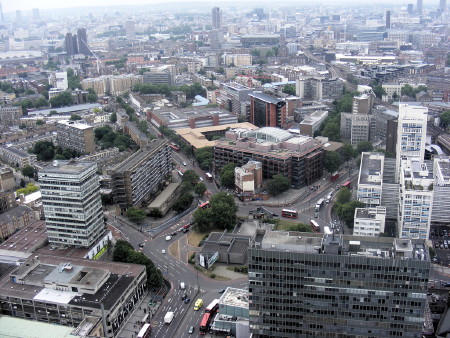 On 1 July the council's exclusivity agreement with Lend Lease Europe, who were first selected as the council's preferred development partner nearly two years ago, came to an end.

The absence of a deal means that there is still no clear timetable for the future development of the Heygate Estate, the Elephant & Castle Shopping Centre and the northern roundabout.

Cllr Stanton made it clear that the ball is in Lend Lease Europe's court.

"We obviously haven't had time to be able to develop an alternative plan during the time we were in that exclusivity agreement with Lend Lease.

"I am confident that by the time of the executive meeting on 21 July there should be a clear way forward for the Elephant & Castle."

Labour regeneration spokesman Cllr Chris Page rejected Lib Dem/Tory attempts to blame the recession for the continuing lack of a deal at the Elephant & Castle and pointed out that progress was slow even before the recession.

"There are two weeks to get this negotiation with Lend Lease to a point where we can continue to commit to this programme."

Cllr Noblet explained that a report will be presented to the council's Executive at its meeting on Tuesday 21 July."If it's not a report that goes with Lend Lease, it'll be one that comes up pretty damned quick with a plan B."

In an impassioned speech Cllr Nick Stanton highlighted the continuing obstacles placed in the way of local authorities who want to build new council housing.

"Do I think that Southwark Council could have built those homes by now and had people moved in if – back in 2002 – we'd be in a position to built homes for our tenants on our land? Yes I bloody do."

Labour's Cllr Peter John said: "There has been a complete failure of political leadership on this issue. Cllr Stanton has been Southwark's own Mr Micawber waiting for something to turn up.

"Month after month we have waited with bated breath for him to report to us that something has turned up but sadly we have no news."

Cllr John called on the council leader to summon the directors of Lend Lease into his office and "read them the riot act".

• On Monday night Southwark's Overview and Scrutiny Committee will examine recent changes to the council's programme of so-called 'early housing sites' around the Elephant to replace the homes earmarked for demolition on the Heygate Estate. We'll have a full report on this website.