An Elizabethan shoe unearthed by archaeologists at the Rose Theatre on Bankside has gone on display at the Museum of London Docklands. 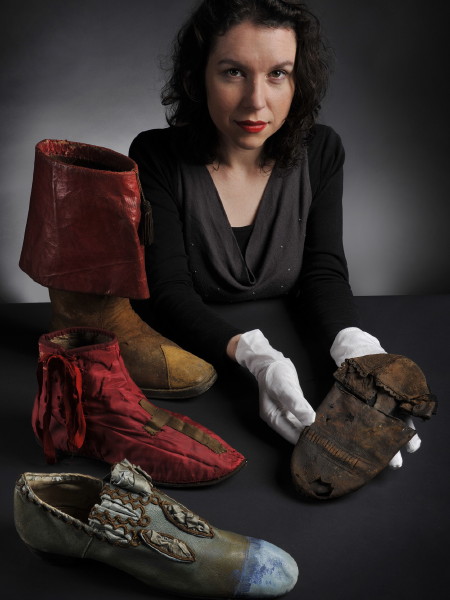 Curator Hilary Davidson with the display of shoes 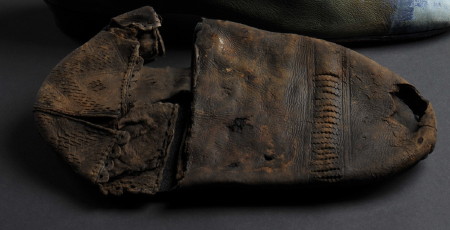 Elizabethan shoe found at the Rose site on Bankside

"It's a leather shoe that was excavated at the site of the Rose Theatre in Southwark," explains Hilary Davidson, curator of fashion and decorative arts.

"It's a small slip-on shoe that's pinked (cut and slashed in decorative patterns). It's quite squashed now. It's very well-worn with a hole for an uncomfortable toe or a bunion.

"Who knows? Shakespeare may have seen this shoe – it certainly comes from a theatre that is associated with Shakespeare."

The shoe found on Bankside two decades ago is on display alongside three 19th-century theatrical shoes from the Museum of London's costume collection.

The display of shoes is at the Museum of London Docklands at West India Quay.

The display has been unveiled just days after the the 1587 deed of partnership for the Rose Theatre was published on the Henslowe-Alleyn Digitisation Project website which draws on the Dulwich College archives.

A new book entitled The Rose and the Globe – Playhouses of Shakespeare's Bankside, Southwark has also recently been published by MOL Archaeology

A production of Othello is currently being staged at the Rose Theatre Exhibition in Park Street.