An Australian street artist has painted a portrait of William Shakespeare on a brick wall in Clink Street, just yards from the site of the Bankside playhouses where the Bard worked. 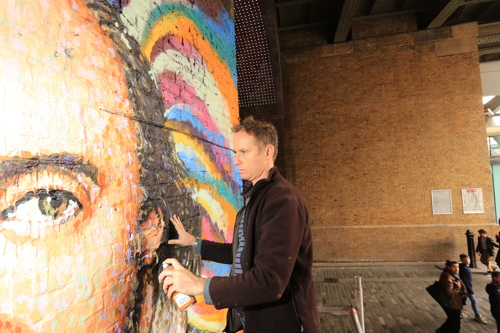 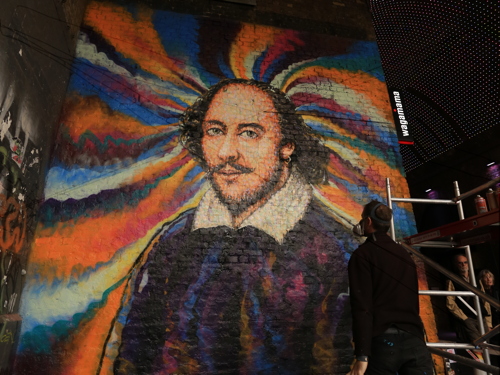 Jimmy C, who is best known for his portrait of David Bowie in Brixton, approached Network Rail to ask permission to create the mural on a wall on Clink Street.

A decade ago the same wall – next to Wagamama – was adorned with a Banksy mural.

Jimmy, originally from Adelaide, Australia, said: "This year we're celebrating 400 years of Shakespeare and I thought it would be the ideal time to do a portrait of him on the street. As far as I know I've not seen a picture of him on the street before so it's also unique.

"I've been looking at this wall over the years and I then found out it was owned by Network Rail. I asked permission and I was very surprised when they met me on site and they said yes, yes please do it. I was thrilled and really excited.

"We're in the heart of Shakespeare territory right here. The Globe is nearby, the Rose Theatre was nearby and his brother is buried in Southwark Cathedral so this is the ideal spot."

Network Rail South East's Eddie Burton said: "It's great to see this wall looking so good and I'm really pleased we could do this. We're always happy to talk to artists about their ideas and we help them where we can.

"There's a process we go through before we grant people a licence to do the work, including making sure they have the right insurance in place and a safe plan for doing the work, but any artists who are interested in working with us should get in touch."