Elephant & Castle southern roundabout and subways to go by March 2011

Four years after it was first announced, work to remove the southern roundabout at Elephant & Castle and introduce surface-level pedestrian crossings will finally begin in the New Year. 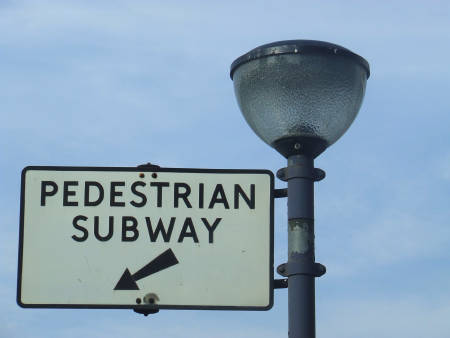 In early 2006 Southwark Council announced plans to remodel the road junction between Walworth Road and Newington Butts including the removal of the much-feared pedestrian subways.

However, plans were delayed by years of wrangling between Southwark Council and Transport for London.

Now Mayor of London Boris Johnson and Transport for London commissioner Peter Hendy have confirmed the timetable for work to go ahead.

"Site clearance works are planned to commence on site in February with the main works taking place from May 2010," said Johnson and Hendy in a joint written answer to London Assembly member Val Shawcross.

"The scheme is programmed for completion by March 2011."

Any changes to the northern roundabout and subways depends on progress with Southwark Council and Lend Lease's major regeneration programme for the Elephant & Castle Shopping Centre and Heygate Estate.

Ms Shawcross also asked about the poor state of the road surface between the two roundabouts at Elephant & Castle.

"Resurfacing of the link road between the northern and southern roundabouts is expected to be undertaken in late 2010 in conjunction with the junction improvement works to the southern roundabout," replied the chair and commissioner of TfL.

"Resurfacing will be completed towards the end of the scheme, once the junction layout has been changed and civils works completed.

"At present there are no plans to resurface the northern roundabout. The condition of the surface is regularly monitored, and at present does not warrant treatment on the basis that it is not life-expired."