Boris refuses to back removal of Elephant & Castle roundabout

Mayor of London Boris Johnson has refused to commit to the creation of a civic square at the Elephant & Castle, despite previously praising the plan as "fantastic" and "amazing". 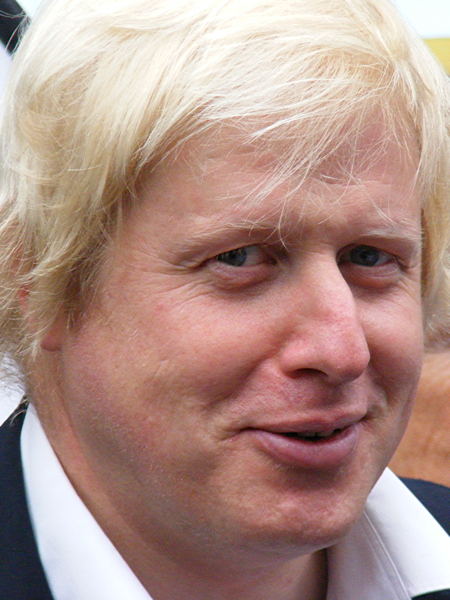 Last month we reported a question tabled by London Assembly member Val Shawcross asking the Mayor whether he would intervene with Transport for London to reinstate plans to remodel the northern junction at Elephant & Castle to provide a new public square and better access to the underground station.

Southwark Council bosses had revealed that TfL was blocking the long-planned civic square (or 'peninsula') because it would interfere with the traffic flow too greatly. The Mayor of London, who also chairs TfL, has previously spoken in glowing terms of the "fantastic" plan.

What is the civic square?

How Southwark Council's former Elephant & Castle website described the proposal:
On the site of the current northern roundabout, a new civic square will be built, creating a user-friendly transport hub that will make it easy to switch between train, bus, tube and tram. As well as providing Elephant and Castle with a new civic heart, it will also be a major new square for London, similar in size to Trafalgar Square – a focus for local and London-wide events. The existing subways will be removed and replaced with new overland crossings. Tube stations will be upgraded to provide easy access from the square, and the new Cross River Tram will provide fast links to the West End and north London.

Mr Johnson's written response to Ms Shawcross's question has finally been published and he conspicuously fails to back the civic square proposal and talks in terms of improving the roundabout rather than eliminating it.

"The objective of the study was to identify a surface transport design concept to guide Southwark Council and their development partners as part of their masterplan design.

"Following on from this, TfL is now exploring a number of different options for improving the roundabout to support the council's wider vision for the regeneration of the Elephant and Castle.

"No decisions have yet been taken and at this stage no funding has been identified to deliver any such scheme."

Last week Labour mayoral candidate Ken Livingstone described the Elephant & Castle as a "miniature Formula 1 track" and called for a "development on a human scale" with priority for pedestrians and cyclists.

"It looks like TfL thinking is going down the route of continuing to have a roundabout with a traffic island in the middle," said Val Shawcross AM.

She said that the Mayor's 'smoothing traffic flow' policy means "not taking any road space from traffic at all, even when there is huge demand from pedestrians".

The London Assembly member has seen some of the proposals TfL is working on for the northern gyratory. "I am sceptical about this design and want to see more modelling done," she said.

Crucially, one of the options currently under consideration by TfL involves the retention of one of the pedestrian subways under the northern junction.

Whilst discussions about the fate of the northern gyratory continue, TfL has said that is considers the elimination of the southern roundabout and its subways to have been successful.

"The improvements allow for new signalised control and the provision of surface level pedestrian crossing facilities across all arms of the junction resulting in the filling in of the three subways," wrote TfL's surface transport managing director Leon Daniels in a recent report to a sub-committee of the TfL board.

"There have been no reports of delays or queuing as a result of the improvements."

Ms Shawcross told the London SE1 website that the southern junction has been "a big smash hit success" which "looks better and feels much more comfortable" than the previous roundabout.