Transport for London has published a list of the top 100 junctions it has prioritised for cycling safety improvements - and has indicated that Waterloo roundabout will be one of the first to see changes. 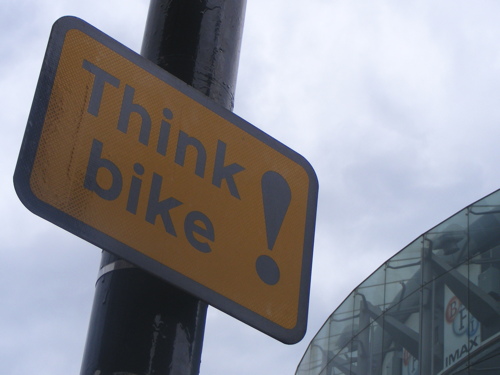 Waterloo roundabout has been named as one of the first junctions to be modified with new cycle safety measures as part of a major review of the capital's intersections.

"I am 100 per cent committed to making London's roads safer for cyclists and other vulnerable road users," said Boris Johnson, Mayor of London.

"Our review of junctions is making a major contribution to that aim and I want particularly to thank the many stakeholder organisations that have provided detailed input to this review already."

The Mayor asked Transport for London to work with leading cycling and road safety organisations on a programme to review all junctions on the existing Cycle Superhighways, locations on the TfL network where schemes are already planned and a number of other locations that are challenging for cyclists.

An initial review of 500 locations has now been completed, which has allowed TfL to identify a priority list of 100 junctions, based on a range of measures such as user feedback, cyclist numbers and collision data.

The SE1 locations on TfL's list include several of the locations where cyclists – including Ellie Carey, Meryam Ozekman, Professor David Vilaseca and David Poblet – have been killed in recent years.

Work to explore initial design options at these priority locations is now well under way, with TfL committed to completing the review and having detailed designs for all of these 100 junctions by the end of 2013.

Waterloo roundabout is likely to be one of the first three locations to see changes on the ground. Last year it was named as the London junction with the fourth highest number of collisions involving cyclists.

Improvements at these locations will include widening junctions to allow more space for cyclists, creating more segregated cycle lanes and installing 'early-start' traffic signals to allow cyclists to move through the junction ahead of other traffic.

TfL promises that consultation will be carried out on proposed designs for each junction.

Leon Daniels, managing director of surface transport at TfL, said: "Cycling in London has rapidly increased in recent years, with many more thousands of people taking to two wheels than ever before.

"Our junction review programme has allowed us to relook at key junctions on our road network and identify a range of innovative improvements which, when delivered, will greatly benefit all road users across London."